Cunningham joins Steph Curry, Trae Young and Jason Kidd as the only rookies to put up that line 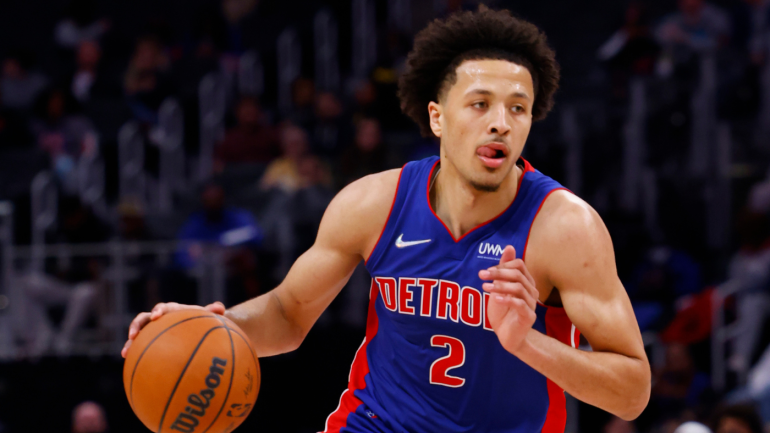 After being selected No. 1 overall in this past July’s draft, Detroit Pistons rookie Cade Cunningham has had a shaky start to his NBA career. That’s within the proper context. He missed the first four games of the season getting over a sprained ankle and he’s only played in eight games so far. He’s going to be really good.

But to this point, the shooting just hasn’t been there. He opened his season missing 14 straight — and 24 of his first 28 — 3-pointers. Over his first three games, he shot just 7-for-39 from the field. He entered Monday shooting 31 percent for the season, including 23 percent from beyond the arc.

That turned around against the Kings.

On Monday, Cunningham delivered what was not just the best game of his young career, but one of the best all-around games in NBA history for a player of his age, besting LeBron James as the youngest player in history to record 25 points, eight assists and eight rebounds while also making five 3-pointers.

Cunningham, who hit 10 of his 20 shots including five of his 11 attempts from 3, also joined some elite company in terms of rookies to put up this stat line (LeBron and Luka did it when they were 20, as well, but they were already in their second year by then).

The Pistons lost to Sacramento, 129-107, to fall to 3-10 on the season. However, at this point in their process, they’re far more interested in the development of their new franchise player than they are in wins. Watching Cunningham have a game like this surely has everyone in that organization smiling.