Clint Eastwood: Still riding high at the age of 91

Clint Eastwood: Still riding high at the age of 91

At the age of 91, Clint Eastwood looks like the fifth head on Mount Rushmore: in fact the federal authorities could do worse than carving his face into the Black Hills peak because it would fit right in. As quintessentially American as a gun sale at Walmart, Eastwood has for many decades exemplified a modern version of the frontier spirit. Speaking softly, but carrying a large pistol, he has time and again played iconoclastic loners with a stark moral code who dispense summary justice on all who displease them.

Like John Wayne, he embodies an ideal of uncomplicated masculinity that white, heterosexual American males of a culturally conservative disposition aspire to. Unlike Wayne, though, who needed John Ford to make him a superstar, Eastwood has directed himself in most of his best films. After learning his trade from Sergio Leone and Don Siegel in the 1960s, he launched his directing career with the clever bunny-boiler thriller Play Misty for Me. Since then has made almost 40 films of varying quality — revisionist westerns, vengeful cop thrillers and paeans to the bravery of America’s war dead.

At a time in life when most fellows are either (a) tottering around the fairways or (b) in the grave, Eastwood is still merrily making films, and his latest, Cry Macho, was released this week. The poster for it, in which a flinty Clint sports a stetson, will have diehard fans frothing at the mouth. But Cry Macho is not a conventional western — it’s an elegiac social tale set in 1970s Texas.

He revives his well-honed man-of-few-words routine playing Mike Milo, a former rodeo star who trains horses. When his boss asks him to travel to Mexico City and retrieve his 13-year-old son, Rafo, who is a bit of tearaway, Mike begins a long, hard journey.

Eastwood has never been one for false modesty. His character was conceived as a man in his 60s, yet in Cry Macho he handles the horses like a youngster. As is often the case in his films, women almost half his age regularly fling themselves at him: Natalia Traven, who plays his principal love interest, is a spritely and glamorous 52.

Cry Macho is no classic, and suffers from the watery strain of sentimentality that has afflicted some of Eastwood’s later films. But the sight of him on horseback wearing that hat is enough to evoke powerful memories of his glory days, and one could argue that he single-handedly revived the western genre in the 1960s and 70s.

God loves a trier, and Eastwood spent a good decade toiling as a hack TV actor before an almost dialogue-free role in an unpromising Italian western made him a major star overnight. He grabbed his chance with both hands, recognised his thespian limitations, chose roles cleverly and diligently worked his way towards creative and financial autonomy. And he had the intelligence to make his less-is-more acting style work to his advantage.

Though born during the Great Depression, Clinton Eastwood Jr was raised in relative affluence. His family moved about a bit in the 1930s as his salesman dad searched for work, but in 1940 settled in Piedmont, near San Francisco, where the family had a swimming pool and were members of the local country club.

Like many a creative soul, Clint was far from the perfect student: he performed poorly in exams. “I daydreamed constantly,” he has said. “I would sit in the classroom, the leaves would rustle and I’d be off on a journey somewhere.”

Video of the Day 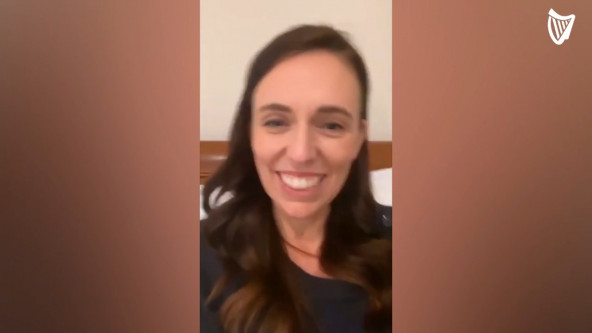 After high school, his journey initially took him nowhere too remarkable. He worked as a golf caddie, a grocery clerk and a forest firefighter before being drafted into the US army. It was the 1950s, and the Korean War was raging, but lucky Clint never saw action. Instead, he appears to have spent most of his service working as a lifeguard at the Fort Ord army base in Monterey Bay. There he made the acquaintance of one Chuck Hill, who had connections in Hollywood and managed to get him an audition at Universal. Too stiff, was the verdict, too awkward, too prone to delivering his lines through his teeth.

That last habit, of course, would become a trademark, as would his towering presence, and tendency to glower. He took acting lessons and remembered some sage advice a teacher gave him: “Don’t just do something, stand there.” The Eastwood persona was emerging, but took its time: forgettable turns in 50s B-movies like Creature from the Black Lagoon and Tarantula! didn’t exactly set the world on fire, and we might never have heard of he if he hadn’t, by a stroke of luck, landed a role on the CBS TV show Rawhide.

Eastwood did not love playing the sometimes gormless sidekick of the show’s star, Eric Fleming, and shoots were long and arduous. But over seven seasons, he learnt his trade through the process of repetition and began studying how the show was edited and directed. In 1963, Fleming turned down the starring role in a low-budget Italian western called A Fistful of Dollars. Expatriate American actor Richard Harrison suggested to Sergio Leone that Eastwood might be a good second choice, because he could play a cowboy convincingly. So far as Clint was concerned, he was “tired of playing the hero who kisses old ladies and dogs” and relished the chance to become an anti-hero. He helped develop the Man With No Name persona, and brought his less-is-more approach to Leone’s set. “I felt the less he said, the stronger he became,” Eastwood later explained.

Big break: Eastwood as the Man With No Name in A Fistful of Dollars

A Fistful of Dollars, For a Few Dollars More and The Good, the Bad and the Ugly were shot in close succession for not much money in Almeria, Spain, and weren’t released in America until 1967, when their success transformed Eastwood overnight into a major star. Already 37, he was ready for success.

He set up his own production company, Malpaso, and increased his star power by appearing in hit films such as Coogan’s Bluff, Where Eagles Dare and Hang ‘Em High. And in 1971, he cemented his place in 20th century America’s iconography by playing trigger-happy San Francisco cop Harry Callahan in Dirty Harry.

Don Siegel’s gritty thriller tapped into white middle-class fears (and prejudices) about urban crime, and the notion that incompetent cops and corrupt lawyers were allowing criminals to literally get away with murder. There is nothing incompetent about Harry, who adopts a judge-and-jury approach to his pursuit of an unhinged serial killer, and swaggers about the city plugging all-comers with his giant handgun.

“You’ve got to ask yourself one question,” Harry asked an unfortunate bank robber, “do I feel lucky? Well, do ya, punk?” It became a catchphrase, the film spawned four sequels, and made Eastwood a go-to action star for almost three decades. In a long list of war films and action romps, Eastwood would rarely challenge himself dramatically, but when it came to directing, it was a different matter.

‘Well, do you, punk?’: Clint Eastwood in Dirty Harry, directed by Don Siegel.

Elegiac 70s westerns such as High Plains Drifter and The Outlaw Josey Wales set a high standard that Eastwood would surpass in the 1990s and 2000s with a succession of diverse and remarkable films. Unforgiven (1992) is generally considered the greatest western of modern times, a moral fable on a par with John Ford’s best work. His 2006 movies Flags of Our Fathers and Letters from Iwo Jima were widely praised for their fearless and unsentimental depiction of war; Mystic River is among the best crime thrillers of the past 20-odd years, Million Dollar Baby a boxing picture of real psychological depth.

From Sergio Leone, Eastwood learned to make the most of slender resources; from Don Siegel, a B-movie master, he learned how to shoot fast. These two skills were combined in my favourite of his later films, Gran Torino (2008), shot in five weeks while he was waiting for Morgan Freeman to recover from an injury that had delayed the filming of Invictus.

I like Gran Torino because it’s very funny, has the ring of truth, and also contains perhaps Clint’s finest performance. Walt Kowalski is a widower, a Korean war veteran, and an equal-opportunities racist. His Detroit neighbourhood has gone to the dogs, he reckons, but when the Asian family next door are targeted by a street gang, Walt decides to defend them.

For some reason, old Walt seemed to sum up the complexities of Eastwood’s persona, and world view. Beloved by right-wing Republicans since the time of Nixon, Clint is a free-floating libertarian and a floating voter, who sometimes turns Democrat but believes in small government. He made a bit of a show of himself by talking to an ‘empty chair’ supposed to represent Barack Obama at the 2012 Republican National Convention, a stunt he later regretted. But he’s no fan of Donald Trump, whom he has derided, and he is certainly no racist, as evidenced by his longtime interest in Native-American causes, and African-American culture.

Mostly, Clint believes in being left alone, to ride horses, roam his Carmel estate and shoot guns on his own personal range. He’s been doing just that for an awfully long time.