Clint Eastwood has won a $6.1million lawsuit after suing a Lithuanian CBD seller for falsely using his name and image to push their products.

California judge R. Gary Klausner entered a default judgement against Mediatonas UAB after the Lithuanian CBD seller failed to respond to a summons in March.

Eastwood, 91, and Garrapata, the company which owns the rights to his likeness, was awarded $6million in damages, $95,000 to cover legal fees and a permanent injunction against the future use of his name or image.

In July last year, he filed two lawsuits seeking millions of dollars in damages from several CBD manufacturers and marketers, who falsely claimed he had endorsed their goods.

The Academy Award-winning actor-turned-director filed an amended suit in February against Mediatonas UAB, the company which owns sites where fake interviews with Eastwood endorsing the CBD products were published. 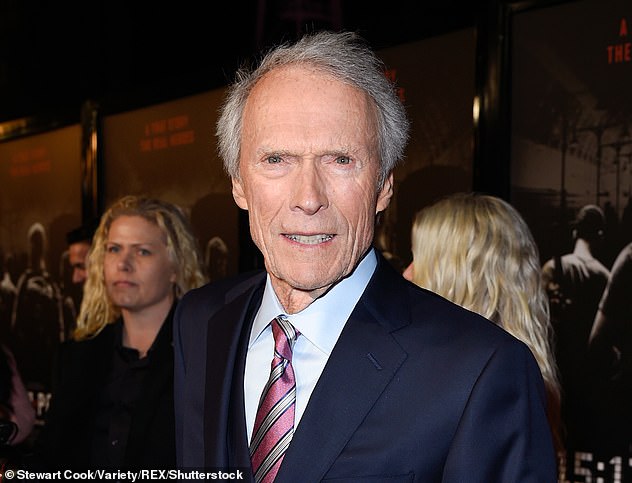 Clint Eastwood (pictured in 2018) has won a $6.1million lawsuit after suing a Lithuanian CBD seller for falsely using his name and image to push their products

The 91-year-old actor said in one of the lawsuits that multiple CBD companies used photos of him, fraudulent articles and attributed quotes to him to promote and sell cannabidiol (CBD) products.

‘In truth, Mr Eastwood has no connection of any kind whatsoever to any CBD products and never gave such an interview,’ states the lawsuit filed in Los Angeles federal court in July 2020, which claims defamation.

‘Mr Eastwood seeks to hold accountable the persons and entities that wrongfully crafted this scheme, spread false and malicious statements of facts about him, and illegally profited off of his name and likeness’, the filing added.

The suit detailed that some of the phony news articles about Eastwood alleged he was quitting the movie business to focus on a CBD business, which is non-existent, according to the New York Times.

The three CBD companies accused of coming up with the phony articles, which first surfaced last year, were named as Sera Labs Inc, Greendios and For Our Vets LLC.

The body of the emails also included a fictitious interview supposedly with NBC’s Today show, which never took place. The email included a picture of Eastwood from an actual appearance on the show and links to buy the company’s CBD products.

The second lawsuit targeted ten companies and individuals throughout the United States that are accused of using a programming code to insert his name in hidden metatags, to direct online searches to their webpage.

‘By using Mr Eastwood’s name in hidden metatags, defendants have figuratively posted a sign with Mr Eastwood’s trademark in front of their online store to attract customers and caused the consuming public to believe that Mr Eastwood is associated with and/or endorsed… defendants’ CBD products, when no such association actually exists,’ the court document pointed out.

The father-of-eight explained in both lawsuits that he would not allow his name or image to be used to sell CBD products.

‘Like many of his most famous characters, Mr Eastwood is not afraid to confront wrongdoing and hold accountable those that try to illegally profit off his name or likeness,’ the documents continued. 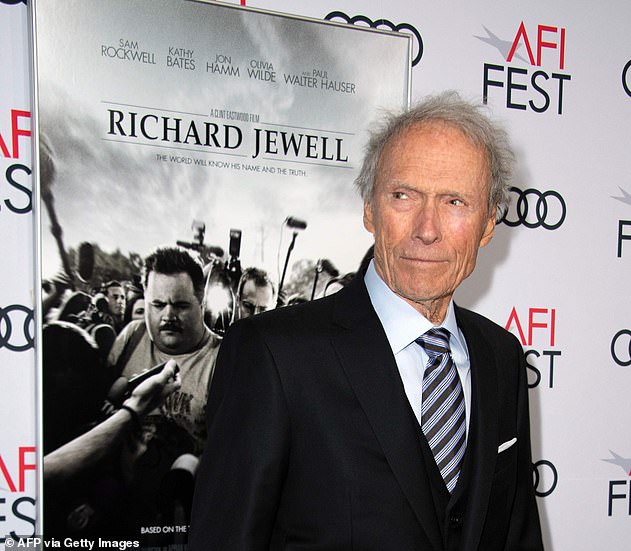 Eastwood asked the court to order the companies to give up all income, profits and benefits resulting from their conduct.

He is not alone as a target of fake celebrity endorsements, which have also deceptively used the likenesses of George Clooney, Oprah and Tom Hanks.

‘My client is not one to sit idly by as the defendants use his good name to dupe customers into purchasing products with which he has no affiliation,’ Eastwood’s attorney Nolan Heimann told Deadline at the time.

He added: ‘While the purpose of these lawsuits is to halt and remedy ongoing defamation and misappropriation violations, they should also serve as a reminder to customers to be cautious when they see a too-good-to-be-true celebrity endorsement.’