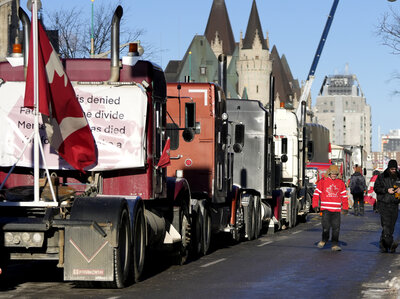 A person wears a Team Canada hockey jersey after city officials negotiated to move some trucks towards Parliament and away from downtown residences on the 18th day of a protest against COVID-19 measures that has grown into a broader antigovernment protest in Ottawa on Monday. Justin Tang/AP hide caption 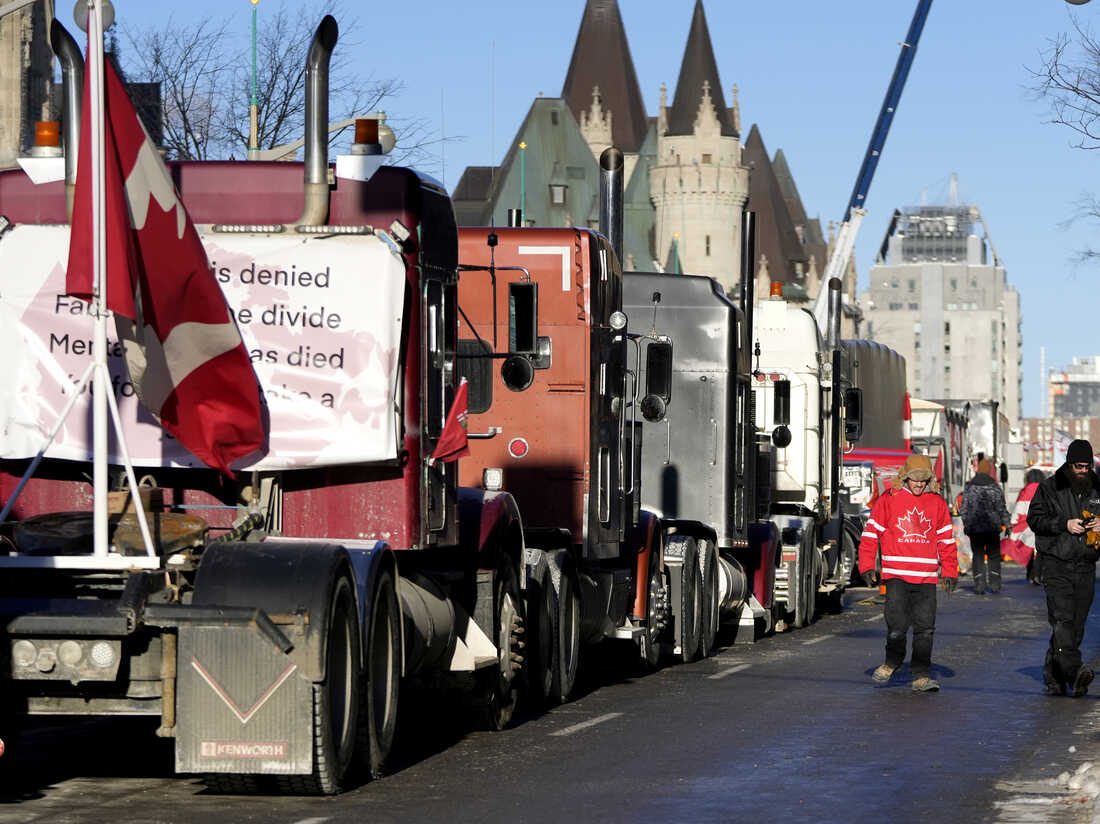 The Emergencies Act, which was passed in 1988, gives authorities more resources to restore order and respond to public emergencies — such as natural disasters and unlawful acts.

Jason Kenney, the premier of Alberta, where protesters have been blocking a crossing to the U.S., expressed his opposition in using the Act — saying the province “has what it needs” to address the blockade, Canadian outlet CTV News reported.

“The view I have, which I conveyed to the prime minister… is that this is not necessary, at least for an Alberta context,” Kenney said.

The Canadian politician added that he thinks Trudeau invoking the Emergency Act will “further inflame and potentially prolong the protests.” 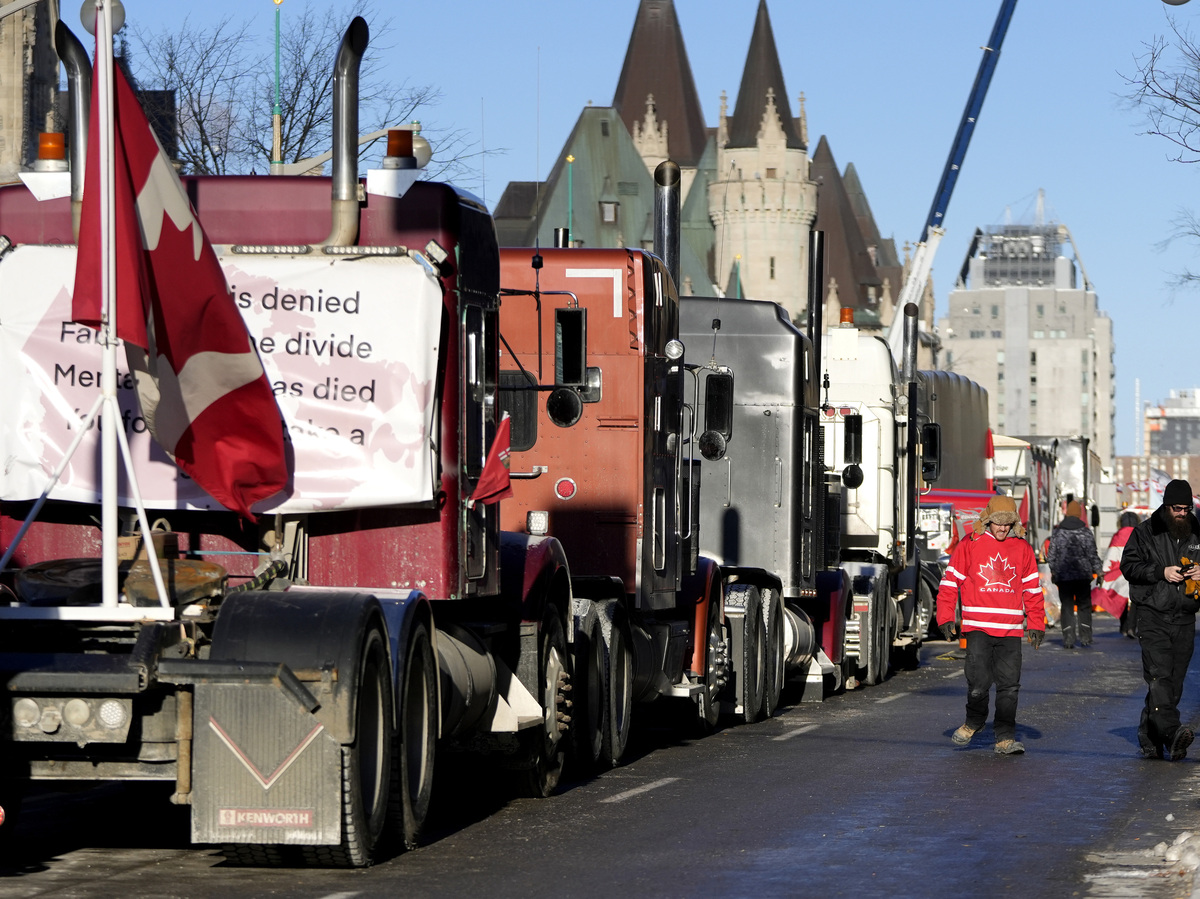 A man protests as he sits in the cab of his truck in Ottawa, during a demonstration by truck drivers over pandemic health rules and the Trudeau government. Millions of dollars that were donated to boost the protests are now in limbo. Ed Jones/AFP via Getty Images hide caption

TD Bank told NPR on Monday that it wants an Ontario court to decide where the money should go.

“We are unable to release the funds without the court’s direction because multiple parties, including the account holder, intended recipients and some donors, may be entitled to the funds,” a TD spokesperson said. “The Court, not TD, should decide on the distribution of the funds.”

The Ambassador Bridge, the busy border crossing that has been the centerpiece of the protest campaign, “reopened late Sunday after police cleared and arrested a lingering group of protesters demonstrating against COVID-19 vaccine mandates,” as NPR reported.

But protests in other parts of the country are ongoing.

In early February, GoFundMe blocked around $10 million worth of donations from reaching the protest movement, dubbed the Freedom Convoy. The fundraising site said it would refund the money to those who contributed, after determining that the campaign violated its standards.

The GoFundMe decision prompted the fund-raising site GiveSendGo — which calls itself “the number one Free Christian crowdfunding platform” — to step in, pledging to get money to protesters.

But late last week, the Ontario Superior Court granted a government request to freeze access to money raised to back the blockade in Ottawa and at other border crossings. TD Bank then moved to freeze the money it was still holding.

GiveSendGo has insisted that it will still be able to deliver the money to protesters in Canada, despite the court’s order. The site’s campaigns, “Freedom Convoy 2022” and “Adopt-a-Trucker,” have raised millions of dollars.

But the platform was apparently hacked Sunday night: as of Monday morning, its website wasn’t loading, and reports state that hackers say they will release the names of people who donated to try to prolong the protests.