Donald Trump Jr. Takes A Big Shot At LeBron James: “Is There A Bigger B***h In Pro Sports Than LeSnitch?”

Donald Trump Jr. Takes A Big Shot At LeBron James: “Is There A Bigger B***h In Pro Sports Than LeSnitch?”

The LeBron James feud with former POTUS Donald Trump stems from a long time ago, with the Trump side always trying to discredit the Los Angeles Lakers superstar no matter what he does. 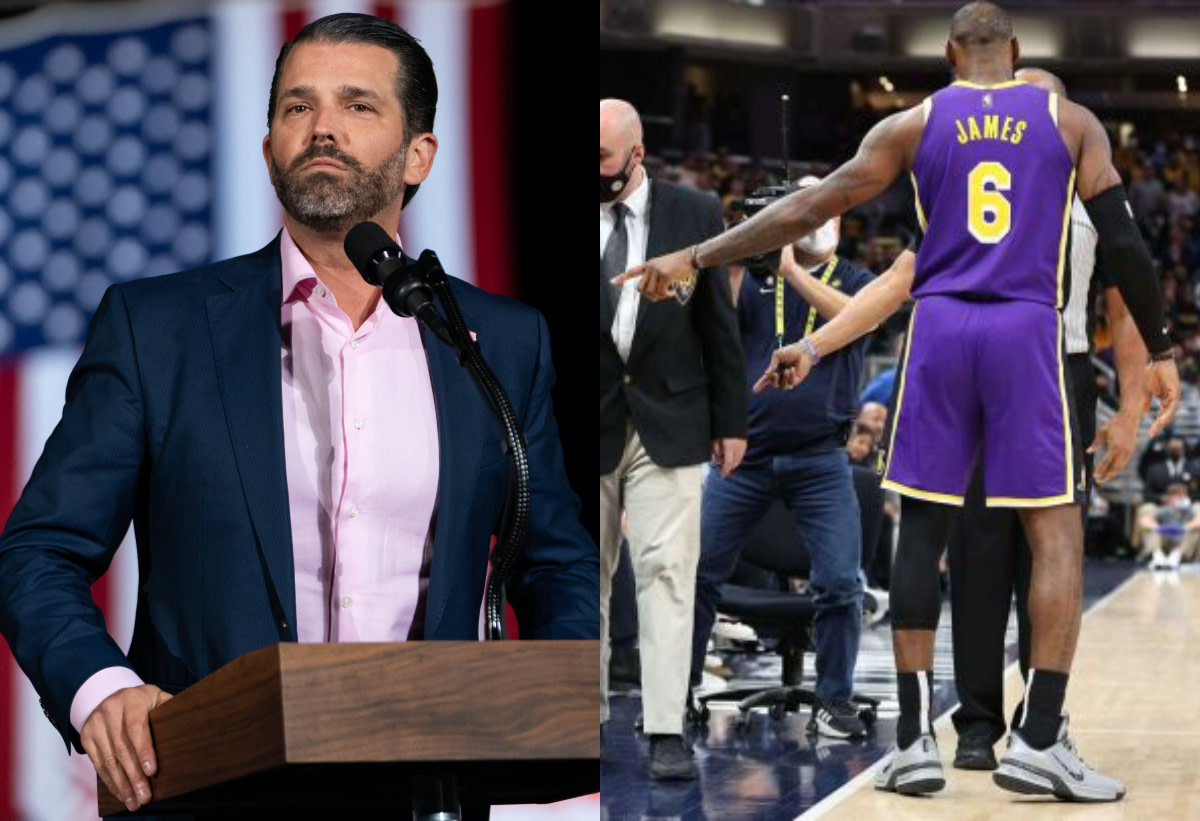 Exchanges between James and the Trump family and people close to them were really intense until 2020, when the controversial figure left office to give his position to Joe Biden. LeBron celebrated at the time, seemingly forgetting about everything Trump-related.

However, the other side didn’t do the same, and they’ve kept attacking the 4x NBA champion. For instance, Trump himself took some shots at ‘The King’ back in July, three months after his son shared a fake LeBron James quote on social media trying to smear the NBA icon.

Donald Trump Jr. isn’t done with LeBron and recently charged against the player, calling him ‘a b***h’ and a snitch. Last week, LeBron starred in a controversial moment when two hecklers reportedly made disturbing comments about Bronny James, which led Bron to ask the referees to remove them from the game.

Trump Jr. shared the video on his personal Instagram account, criticizing LeBron, sending a short, yet shocking message about James.

“Is there a bigger b—h in pro sports than LaSnitch?” he captioned the pic with.

LaKaren wants to speak to the manager.

Despite being one of the most generous players in NBA history, LeBron James is constantly criticized for other people who don’t share his views.

The past couple of weeks have been rough for him. Enes Kanter took shots at him for not raising his voice against China, Isaiah Stewart tried to fight him during a Pistons-Lakers game last week, two hecklers made disgusting comments about his son and now Donald Trump Jr. is attacking him for getting those fans removed from the game.

No matter what he does, people enjoy going after James. When it comes to Donald Trump, many folks are ready to attack the 36-year-old. UFC fighter Colby Covington also made headlines with his big comments against LeBron, but the 4x MVP made sure to shut them down.

This season hasn’t been the best for LeBron and his Lakers, and having all this external noise around him doesn’t benefit anybody. It’s curious how Trump Jr. gives so much energy to LeBron, but the player completely ignores him.