With a title like Cry Macho, you might expect Clint Eastwood’s latest film as director and star to be a knowing treatise on masculinity. Revolving around a one-time rodeo star (Eastwood) on mission to kidnap his former employer’s teenage son away from an abusive mother in Mexico, the film sets itself up as another Gran Torino/Unforgiven-style meditation on Eastwood’s tough-guy persona. But while you wouldn’t be wrong for having those expectations – inevitably there does come a point where Eastwood’s wizened cowboy, Mike, gives a speech denouncing machismo as a overrated – we soon learn the titular “Macho” also refers to a rooster, a prize cock-fighter with whom Mike’s teenage charge Rafo (played by Eduardo Minett) hopes to make enough money to survive on the streets of Mexico City. 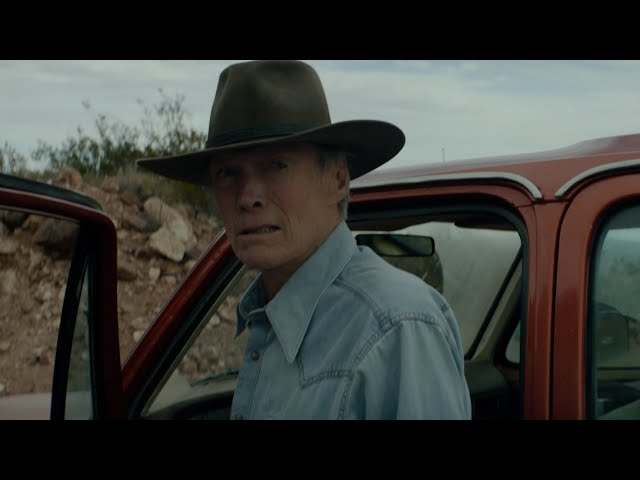 “A guy wants to name his cock ‘Macho’ that’s okay with me,” is Mike’s first grizzled response to Rafo’s extra baggage. But as Macho gradually scene-steals his way into a supporting role, Eastwood’s wry delight in sharing screen time with a bird brings to mind Every Which Way But Loose and Any Which Way You Can, mid-period hits in which Eastwood played a bare-knuckle brawler who chummed around with a beer-drinking orangutan called Clyde.

Which is to say, Cry Macho is a weird movie. Its perfunctory dialogue, theme-telegraphing script and seen-it-a-million-times-before plot may give the illusion of conventionality, but there’s an unintentional moment-to-moment oddness to the film that’s strangely compelling.

This starts with the non-specific time period during which the film takes place. Based on a 1975 novel by N Richard Nash, it’s not contemporary (no one has a mobile phone) and yet Eastwood makes very little effort to suggest a specific era beyond an early shot of some hippie girls who look more like Once Upon a Time in Hollywood cosplayers than authentic flower children.

Then there’s Eastwood’s casting of himself. At 91 he remains an incredibly magnetic screen presence. His Mount Rushmore-worthy face and imposing Dirty Harry physique may be more skeletal and frail than they once were, but they still carry trace elements of more than half-a-century’s worth of films, which leads to an odd tension whenever Mike finds himself in a situation where, say, a bad guy could turn him to dust with a single punch or the plot requires a Mexican senorita half his age (sometimes a third of his age) to throw herself at him.

No, nothing here is remotely plausible and it’s easy to picture the genuinely good version of this film by imagining Eastwood directing Kevin Costner in the lead (a film that would actually be a nifty update of their excellent 1993 collaboration A Perfect World). And yet despite all the obvious flaws, there’s something engrossing about a filmmaking legend with nothing left to prove ploughing on, telling the story he wants to tell. At the peak of his box-office powers, he made two movies with an ape co-star. Here he’s made a film in which a cockerel comes to his rescue. He’s Clint Eastwood. Who are we to argue?

Hamilton creator Lin-Manuel-Miranda has been so ubiquitous of late it almost comes as a surprise that Tick, Tick…Boom! marks his feature debut as a director. What’s slightly more of a surprise is that he’s chosen to adapt someone else’s musical rather than create something of his own. Serving as a musical biopic of Rent creator Jonathan Larson (Andrew Garfield), Tick, Tick…Boom! is an adaptation of Larson’s off-off-Broadway musical of the same name, a semi-autobiographical opus charting his failed eight-year slog to mount an elaborate sci-fi musical of his own composition before he turned 30. But it also serves as an origins story for Rent, the groundbreaking, HIV-themed rock opera that Larson never got the chance to see, dying tragically and suddenly at age 35 of an aortic aneurysm the night before Rent’s first public performance.

That’s an astonishing framework for a musical, especially a musical about someone whose own already heightened sense of anxiety about his youth slipping away is compounded by his gay friends starting to confront their own mortality on a daily basis. Sadly, Miranda botches the telling of it, consigning the most emotive, resonant moment in Larson’s story to voiceover rather than finding a way to effectively dramatise it on screen.

The musical-within-a-musical structure does him no favours either. It’s already a bit of a cheat’s way of showing how real life can be transformed into art, but the way Miranda uses the device to mediate show-stopper tunes through the tearful responses of the audience in a given scene (or via the praise of Stephen Sondheim, played here by Bradley Whitford) feels a little unearned and manipulative at best and repellent at worst. Which is a shame, because elsewhere Miranda does make full use of the cinematic possibilities of the medium.

Indeed there’s a great scene where Garfield’s Jon goes for a swim and finds the lines at the bottom of the pool suddenly transforming into sheet-music staves as inspiration strikes and the notes of the song he’s been struggling to compose start miraculously arranging themselves in the correct order. Tick, Tick…Boom! is never more alive than in these moments. Too bad there aren’t more of them.