LeBron James at center was an unlikely possibility, even just a few years ago. But in 2021, the Lakers have already seen signs that it can be a real weapon for them. How often to draw on it, though, is something they’re still weighing 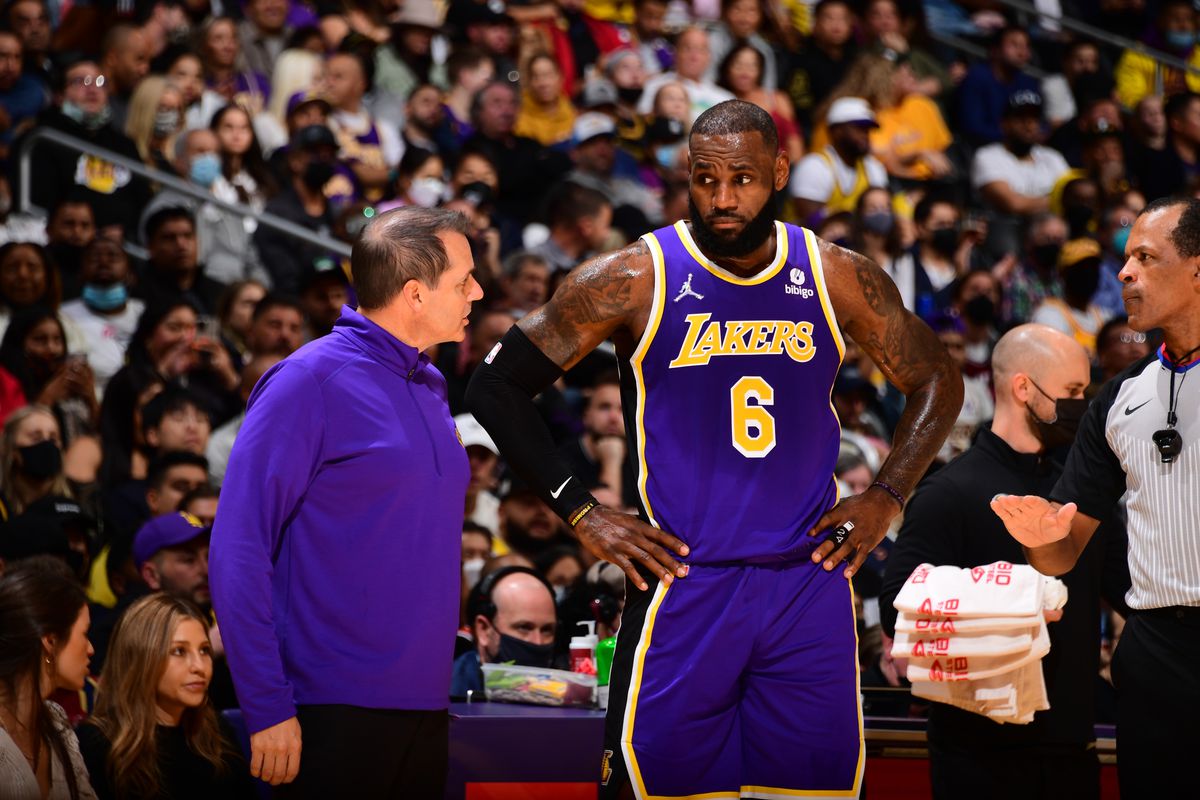 When LeBron James first signed with the Lakers in 2018, the idea of him playing center was so unorthodox that he took the time to crack jokes about the possibility when it surfaced during the offseason, posting a comically swole photoshop of himself working out on Instagram in “preparation” for the task.

In the NBA of 2021, however, the idea is a lot less laughable. With their backs against the walls in Game 6 vs. the Phoenix Suns in the first-round of the playoffs last season, the Lakers went with lineups featuring James at center as they tried to close the gap. They ultimately came up short, but the idea seemed like a promising enough preview of something that could be worth a shot again this year.

But we hadn’t seen much of those groups until Wednesday’s game against the Indiana Pacers, however, when James at center groupings unleashed the soon-to-be 37-year-old with previously unseen levels of floor spacing, playing a large part in James exploding for a season-high 39 points in the overtime victory.

In just eight minutes, the most-used five-man combination featuring James and no true centers put up a net rating of +61.4, and in a slightly larger (but still admittedly small) sample over the course of the season, they’ve been almost as hilariously dominant.

All of it begs the question: Are those groups we’ll see more of, even when Anthony Davis returns to the lineup after missing last game with an illness? Head coach Frank Vogel was asked about the possibility at the team’s Friday shootaround before the team’s matchup with the Kings on Friday night, and he indicated that the Lakers are still weighing the pros and cons.

“It’s something we talk about. It’s something we consider. But you have to measure what that does for his workload… and whether that’s something that we just want to use in small doses when needed, or if it’s going to become part of us on a regular basis,” Vogel said.

In terms of James’ workload, those groups are a two-sided coin. On one hand, if the Lakers dominate with those units, it could allow James to play fewer high-intensity minutes if they build giant leads. But on the other hand, while those groups engage James more defensively because of his back-line communication responsibilities than lineups that feature him as the 4 or 3, that is also potentially a big ask for him on a regular basis.

James, his longtime trainer Mike Mancias and the coaching staff will likely all weigh all of these benefits and drawbacks — as well as other factors those of us on the outside may not even think of — as they determine how often to use James at the 5. But while there are some things about the calculus behind these decisions we’ll never know for certain, the benefits of those groups were obvious to anyone watching the dichotomy of lineups featuring a non-AD big and lineups without one against the Pacers.

Malik Monk, a member of that five-man group James played center in for the most minutes alongside Carmelo Anthony, Wayne Ellington and Russell Westbrook, was almost in awe of how much James’ communication helped the Lakers in the middle of their defense.

“Man, he knows everything,” Monk said. “He knows every play for every team. He knows what’s coming. He’s been in this situation too many times not to know what’s going on and not to communicate with us… He lets us know everything while he’s on the back line.”

And if there is anything that is going to convince the defense-first, defense-always Vogel to lean into those ultra-small groups more, it’s the defensive benefits. That might be why he was far from ruling more James at center out, even if he’s also clearly still debating on how much to use this new wild card. It’s no longer a possibility laughable enough for James to joke about Instagram. The Lakers have seen that it can work.

“I think everything is on the table with this year’s team and the newness of our group, and obviously the first look at it in a bigger (sample) — more than a minute or two — was really good,” Vogel said. “It’s just something that we’ll continue to evaluate.”