Clint Eastwood is as synonymous with Tinseltown as the Hollywood sign that overlooks the city. Both in front of, and behind, the camera, Eastwood as actor, director, producer and even composer, is responsible for some of cinema’s greatest films and memorable characters.

He’s also arguably uttered more quotable lines – the sort of dialogue that transcends the screen and becomes an indelible part of pop culture – than any other American actor. “Go ahead, make my day”, “Do you feel lucky, punk?”, “Dying ain’t much of a living, boy”, “My mule don’t like people laughing”, and Unforgiven’s magnificent “It’s a hell of a thing, killing a man” speech are all Eastwood’s.

What are the best Clint Eastwood films?

Perhaps to many casual filmgoers he’s just the gun-toting authoritarian Harry Callahan from the Dirty Harry movies, or perhaps the man with no name from Sergio Leone’s spaghetti westerns, or maybe Frankie Dunn in Million Dollar Baby.

Indeed, the iconic Hollywood legend has embodied some of the world’s most recognisable characters in many of the most prominent films of the last fifty years.

But he’s also as accomplished behind the camera as he is in front of it, directing such classics as Play Misty For Me, The Outlaw Josey Wales and Unforgiven, as well as the critically acclaimed modern greats such as Million Dollar Baby (which won two Academy Awards including one for Best Director) and Gran Torino.

The multitalented star has also composed several of his own film scores, providing the music for Mystic River and Changeling, while also recording original piano compositions for In The Line of Fire. 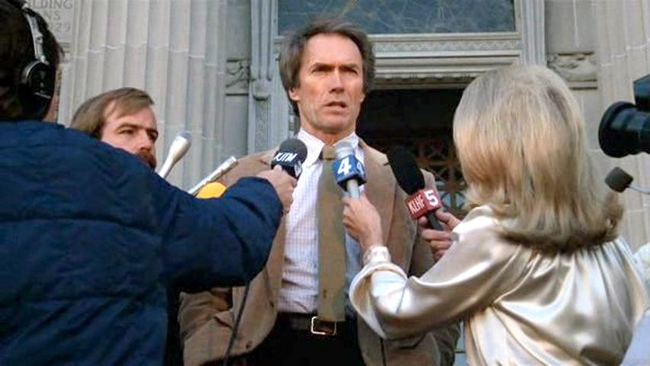 The even dirtier side of Dirty Harry as the rebel cop edges towards becoming the social pariah in a serial killer story which is about as sordid as any mainstream American film of the period. Eastwood is brilliant at suggesting dark edges to the seemingly normal family man and he works brilliantly with Genevieve Bujold – one of the best actresses he’s ever worked with. 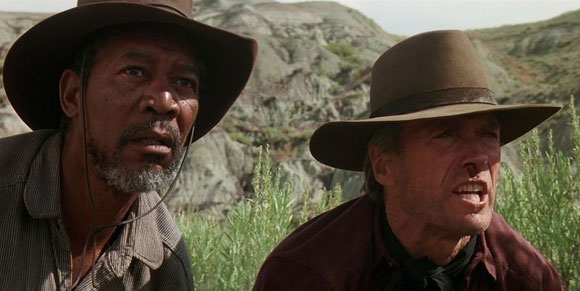 Unforgiven won Eastwood an Oscar and mainstream critical acceptance, gave a valuable breath of life to the Western and offered great opportunities for some terrific actors including Gene Hackman, Morgan Freeman, Richard Harris and Saul Rubinek. Eastwood is brilliant too of course, playing the part with which he is so familiar and complicating it with a moral framework that remains troubling because it is (deliberately?) unresolved.

8. Play Misty For Me 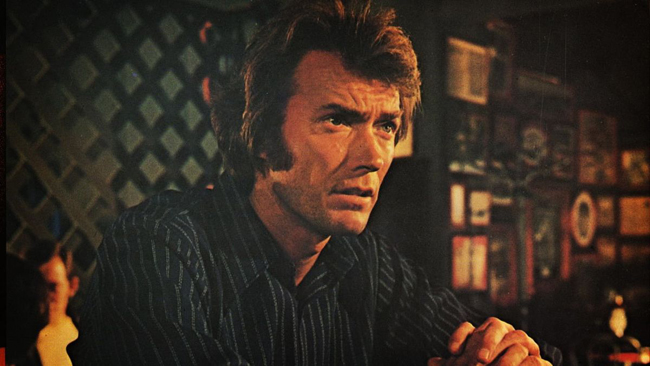 Clint Eastwood’s directorial debut and the very best thriller about the havoc wrought by a meeting between self-regarding, thoughtless machismo and obsessive neediness. The first clear sign that Eastwood wasn’t interested in simply being a screen tough guy superstar and his first great probe into what makes men tick.

An astonishing Southern Gothic melodrama in which Eastwood, as a wounded Yankee soldier, finds himself at the mercy of a group of sexually curious young women and a deeply repressed spinster. The ending is still a fantastic shock moment which you should under no circumstances allow anyone to spoil. 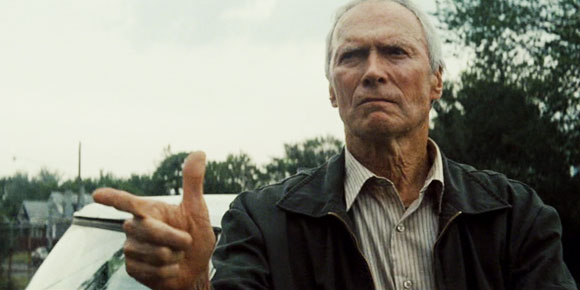 After an impressive comeback in the 2000s as a director with Mystic River and as an actor in Million Dollar Baby, Eastwood gives a master class in screen acting as a disgruntled Korean war veteran who re-examines his own prejudice and questions the assumptions upon which his life has been based. Despite being nearly 80 years of age at the time Gran Torino was made, this remains one of his finest performances. 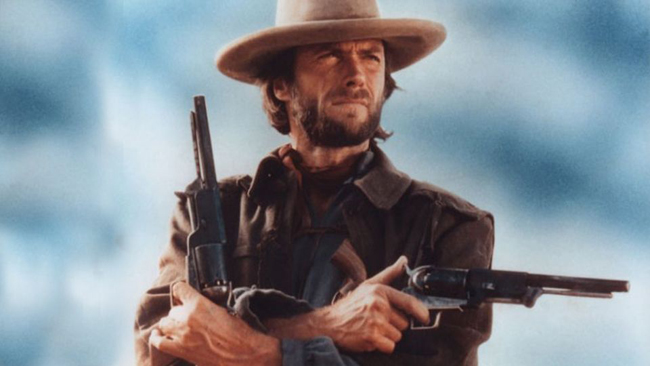 Almost single-handedly keeping the American Western alive in the Bicentennial year, Eastwood takes a standard revenge plot and turns it into a picaresque road movie in which vengeance-crazed Josey Wales becomes the reluctant centre of a raggle-taggle family of outsiders. Brilliant Jerry Fielding score.

Clint Eastwood at his most charming and offbeat as a failed shoe-salesman turned failed circus owner who somehow becomes a winner through the sheer determination to build his own myth. Very, very funny and enormously touching.

3. The Bridges Of Madison County

A desperately moving love story which is some kind of cinematic miracle; Clint Eastwood and screenwriter Richard LaGrevanese take an offensively sentimental, badly written bestselling book and turns it into a Brief Encounter for the nineties. Eastwood’s performance is exemplary and he and Meryl Streep turn out to be an unlikely but deeply satisfying love match. If you don’t feel a tear coming to your eye during the scene in the rain, you’re not human.

2. For A Few Dollars More

Not Eastwood’s first film nor the most renowned of his Spaghetti Westerns but for my money this is Sergio Leone at his very best and Eastwood at his most typically taciturn as he embodies the solid narrative centre around which Lee Van Cleef and Gian Maria Volonte can revolve. He also single-handedly makes wearing a poncho seem like quite a good idea.

The original and best. Accept no substitutes, sequels or copycats. Extraordinary use of light and space, brutal and necessarily violent set-pieces and Eastwood in one of his signature roles. Note particularly how the committed liberal Don Siegel uses the camera to make Harry nearly as scary and unbalanced as the killer.