“Guarding LeBron James is not about stopping him, cause you can’t!”: Warriors’ Andre Iguodala gives Draymond Green pointers on defending the Lakers’ superstar

“Guarding LeBron James is not about stopping him, cause you can’t!”: Warriors’ Andre Iguodala gives Draymond Green pointers on defending the Lakers’ superstar

Drafted in 2003, LeBron James is playing his 19th season in the league currently. He has seen many players come and go, and has seen all kinds of things. Through his journey in the NBA, he’s achieved numerous milestones, and rightfully so earned the title of King. LeBron James has been to 10 NBA Finals in his career, four of them against the Golden State Warriors. 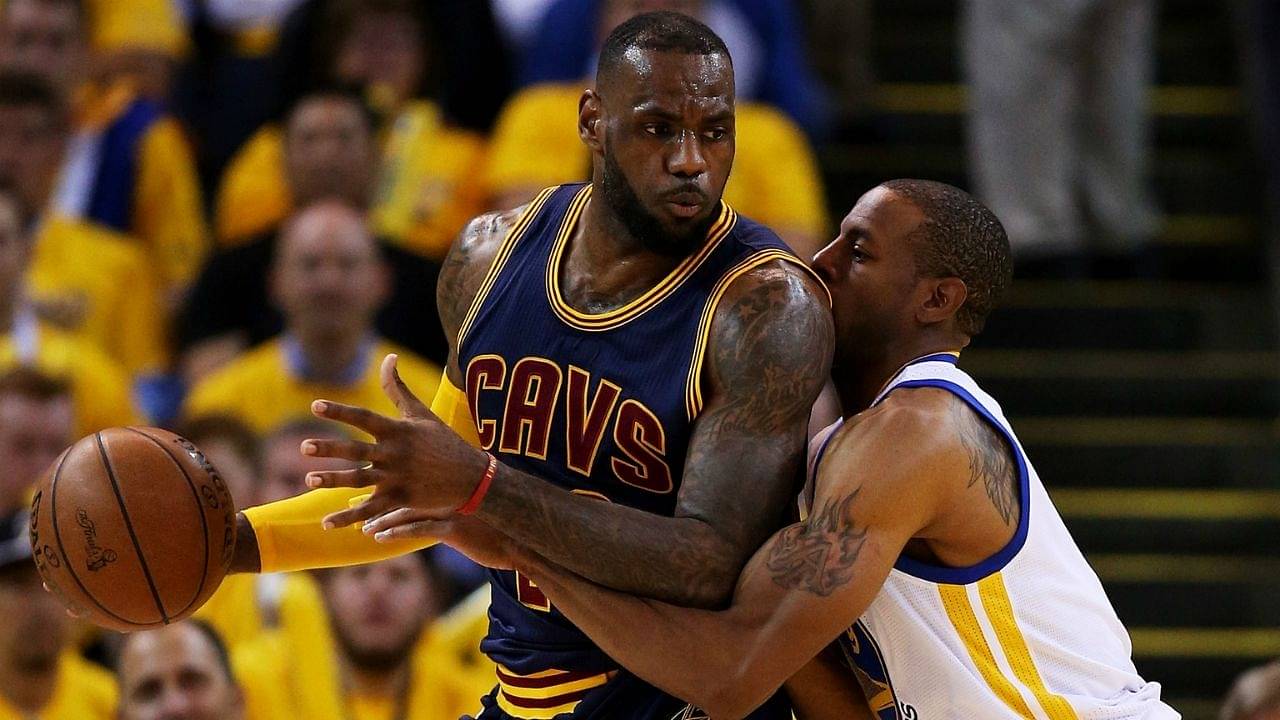 On the latest episode of the Draymond Green show, Draymond had Andre Iguodala over as a guest. During his time there, Andre talked about a lot of things. One of the things that caught our attention was when the 18-year veteran was giving the former DPOY advice on guarding LeBron James. Having played 4 finals against each other, and numerous regular-season matchups, Andre Iguodala knows a thing or two about the King and shared his knowledge with Draymond.

During his career, LeBron James has seen all kinds of defensive matchups. Usually, each team tasks their best defender with the role of guarding the King whenever they match up. When it comes to Golden State, that role usually fell between Andre or Draymond Green. On the podcast with Green, Iguodala tried his best to explain how to guard James in the best way possible.

Andre speaks the truth. If there was a strategy to stop the King, he wouldn’t have been the sensation he is today. The best one can do is try and follow tips that have worked for others, and hope for the best. Who would know more about that than the 2015 Finals MVP, who managed to hold the King to mid 30s shooting in the Finals.