Lakers lose in Boston despite the return of Lebron James

Lakers lose in Boston despite the return of Lebron James

Celtics forward Jayson Tatum achieved a double-double of 37 points and 11 rebounds
At the end of the game, the Lakers hardly created game, and their opponents were limited to maintaining the advantage 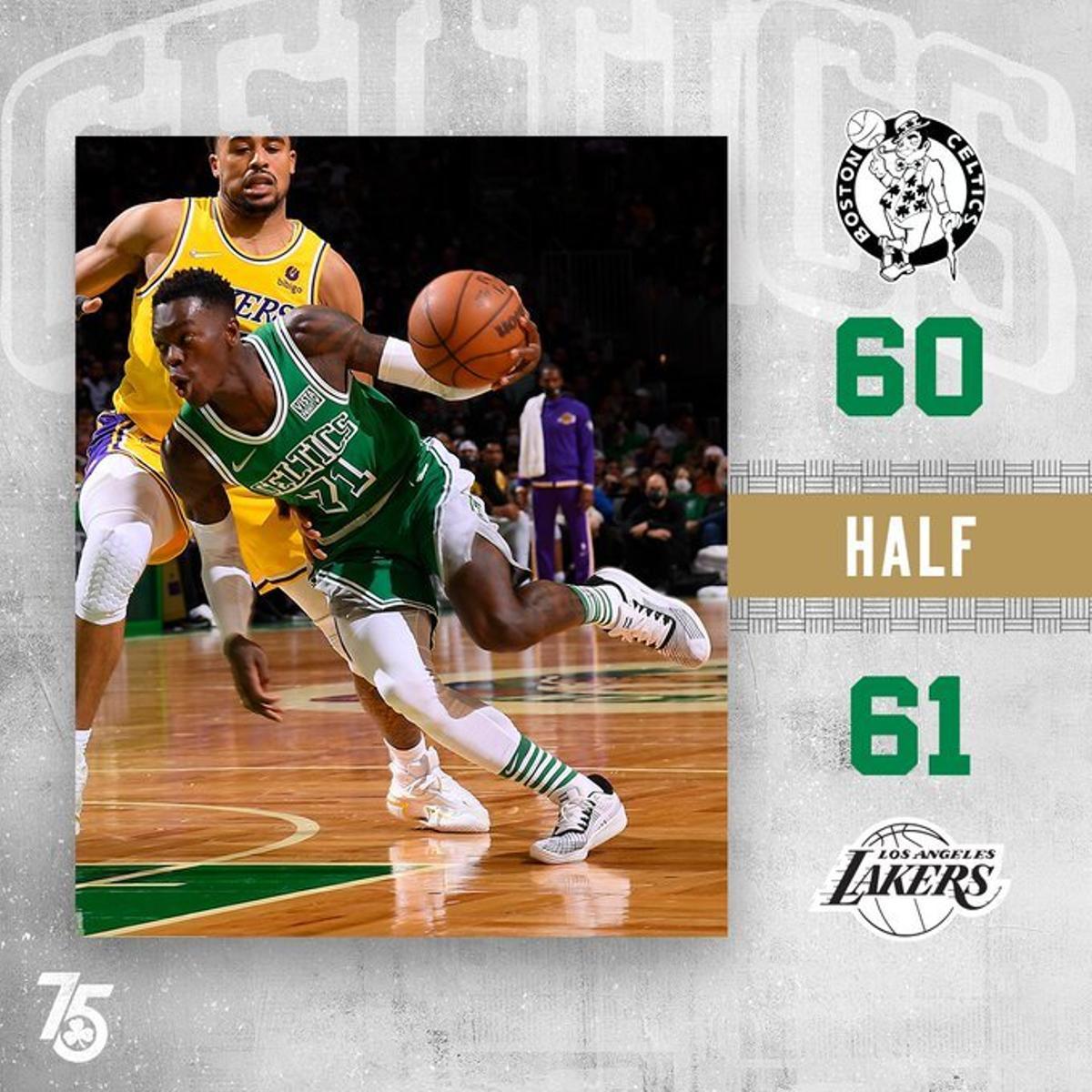 The “King” of Los Angeles, LeBron James, returned, but his presence could not prevent a new defeat for the Lakers, the third in a row and the ninth of the season, 130-108 against the Boston Celtics in which forward Jayson stood out. Tatum with a double-double of 37 points and 11 rebounds.

Tatum, who had a strong performance in the last three quarters of the game, was the top scorer of the match and also distributed 2 assists, 3 steals and a block.

He was only approached by Lakers center Anthony Davis with 31 points, 2 assists, 6 rebounds and 3 blocks. His teammate LeBron James had 23 points, 6 rebounds, 2 assists and 2 steals.

With the return of LeBron James, who had missed the Lakers’ last eight games with an abdominal injury, the Los Angeles team was confident of a victory over their arch enemies and avoiding their third consecutive loss.

Meanwhile, the Celtics, who remain without two of their stars, Jaylen Brown and Robert Williams III, lost Wednesday in Atlanta to the Hawks despite the remarkable performance of Jayson Tatum, who finished with 34 points and nine rebounds.

For the two teams, which entered Friday night’s game in ninth place in the Eastern (Boston) and Western (Los Angeles) Conferences, the victory over their historic rivals was of double value.

The Lakers started the game more focused than the Celtics thanks to an Anthony Davis who quickly discovered the defensive weaknesses of the Boston team.

The Californian center scored the Lakers’ first six points and propelled his team to 7-13 in the first four minutes of the game. Frank Vogel’s team was 12 points ahead, 12-24, with five minutes remaining in the first quarter.

But late in the period, Celtics guard Marcus Smart and guard Josh Richardson appeared when Boston’s most needed a break. The two were responsible for adding the 16 points that the Celtics scored in the last five minutes of the first quarter, reducing the Lakers’ lead to eight points, 30-38.

The fourth ended with Davis posting 15 points to 11 from Smart and 9 from Richardson.

The Lakers lost steam and the Celtics were three points, 39-42 with nine minutes to go. Tatum seized the moment and multiplied his attacks on the Lakers’ basket.

With an inning to the basket with 4.39 left for the break, Tatum advanced the Celtics by 49-48 although the Lakers, led by Carl Anthony, James and Davis, managed to finish the second quarter a point above, 60-61 .

At halftime, Davis already had 18 points to 13 from James and only 3 from Russell Westbrook while in the Celtics, Tatum led with 17 points to 15 from Schroder and 13 from Smart.

But after halftime, the Celtics turned the game around thanks to greater defensive coordination. As soon as they stepped onto the court, Smart and Al Horford each scored five points while the Lakers were content with two points from James.

The 10-2 run put the scoreboard 70-63 for the Celtics. Boston’s advantage continued to increase in the third quarter. In the Lakers, Davis kept the type in the period with eight points but neither James, who scored four, nor Westbrook, with three, could improve the position of the Lakers.

In the final 12 minutes, the Celtics were limited to managing the lead on the scoreboard without James and company being able to convincingly approach Boston’s.

In the absence of 4.26 for the end of the game, and when the scoreboard indicated a 119-100 for the locals, Vogel threw in the towel and put all the substitutes on the court.

The Celtics coach did the same, which allowed Spanish Juancho Hernangómez to enjoy 3.45 minutes on the court in which the forward from Madrid had 2 rebounds and a steal.

In the end, the Celtics prevailed by 22 points, 130-108 in a game in which the most positive thing for the Lakers was the recovery of James.