The Lakers superstar shows respect for the soon-to-be leader on the NBA’s 3-point list.

Golden State Warriors star Stephen Curry is on the cusp of NBA history as he closes in on Ray Allen’s all-time 3-point record, needing just 10 more makes from deep to pass the Hall of Famer. 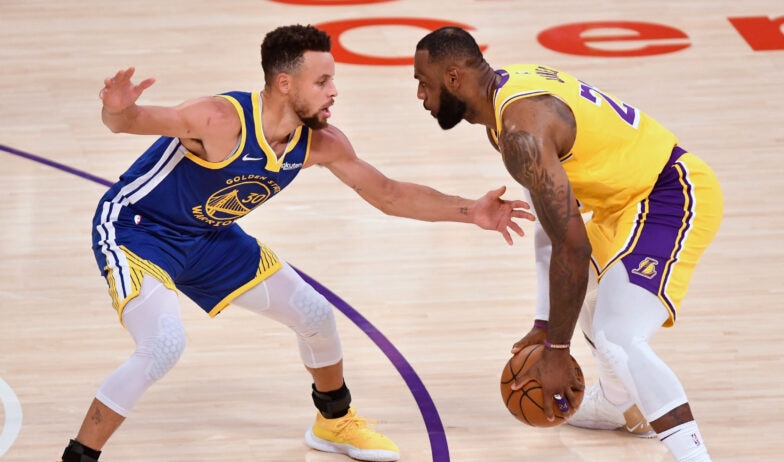 Players around the league will certainly be lauding the two-time Kia MVP once the feat is reached, with Los Angeles Lakers star LeBron James already delivering high praise.

“I wish I could be there to congratulate him,” James told reporters after Friday’s win against the Oklahoma City Thunder. “I’ll be one of the guys in our league that will congratulate him socially.  … Listen, I know Ray, I know the work that he put into it. And if there’s one guy he has to let pass his record, it being Steph, I know Ray is definitely grateful that it would be such a guy like that. Pretty cool accomplishment.”

James continued: “We’re all witnesses to what Steph Curry has done in his career and the way that he’s changed the game. He’s a once-in-a-lifetime basketball player.”

Curry can tie or pass Allen’s mark as early as Saturday when the Warriors visit the Philadelphia 76ers (8:30 ET, ABC). Golden State’s following two games include road contests against the Indiana Pacers on Monday (7 ET, NBA TV) and the New York Knicks on Tuesday (7:30 ET, TNT).

James acknowledged that he followed along on Wednesday night when Curry, the leader in this week’s Kia MVP Ladder, was 16 long balls away from the record.

“I’m literally sitting there doing the calculations in my head. I’m like, ’16. OK, I know he’s made 12 a few times. Well, if there’s someone that can do it, it’ll be him.’ That just lets you know how incredible he is.”

After facing off in four consecutive NBA Finals last decade — with Curry and Golden State winning three of those matchups against the James-led Cleveland Cavaliers — the two superstars have maintained a friendly rivalry over the years.

Much respect has been given to Curry and his undeniable influence on the game of basketball. In 1-on-1 interviews with NBA.com’s Shaun Powell, here’s what a few others had to say about the game-changing superstar and his impact:

Ray Allen: “He’s on his own level, one he made for himself. He’s done such a great job. And he has such great character as a person, and you root for people like that. He’s getting everything he deserves.”

Dell Curry: “In Chicago the other day I saw LaVar Ball at the game wearing a hat that said: I Told You So. Well, my hat would say: I Had No Idea. … I spent time last summer watching him work. Your average NBA player couldn’t work with Steph.”

Seth Curry: “He knows everybody’s trying to come up with ways to stop him, so that’s the special part in what he’s doing right now.”

Doc Rivers: “What he’s doing is revolutionary. Only the greats can do that, leave their mark like that. Actually, the great-greats. They change the game.”