Golden State Warriors superstar Draymond Green threw down a vicious dunk in the team’s victory over the New Orleans Pelicans on Friday. 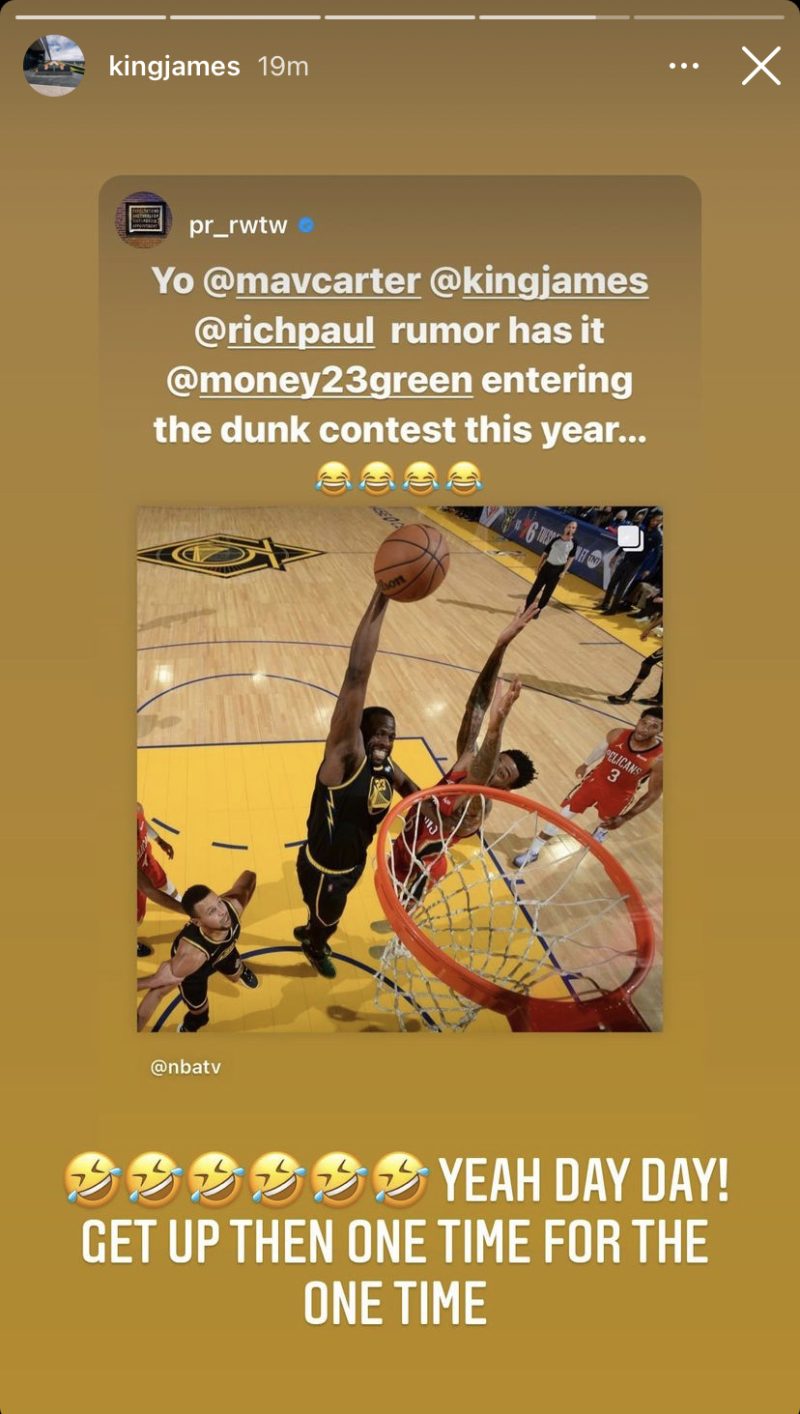 This season, Green is stuffing the stat sheet as usual. He’s averaging 8.6 points, 8.8 rebounds and 6.9 assists per game. Impressively, he’s shooting 42.9 percent from beyond the arc, although he’s only averaging 0.9 attempts from deep per contest.

Green and the Warriors are off to a fantastic start this season. Golden State’s 7-1 record is tied for the best mark in the Western Conference.

Meanwhile, James and the Lakers are having a rocky start to their season. L.A. is just 5-4 through nine games and is looking to get things moving in the right direction.

With James currently sidelined, the Lakers are likely going to have to rely heavily on Anthony Davis and Russell Westbrook for multiple games. Those two are certainly capable of carrying the team to some wins, but L.A. is 1-2 in games without James this season.

If the Lakers do find a way to iron out some of their woes, it seems very possible that L.A. and Golden State could both end up competing for the Western Conference title. James, of course, has a lot of history with the Warriors, as he has faced them in the NBA Finals multiple times throughout his career.

L.A. will be back in action on Saturday for a matchup with the Portland Trail Blazers.