After one of his most energetic performances of the season, LeBron James credited an immense amount of sleep for his spirit on Sunday. Like, a lot of sleep. 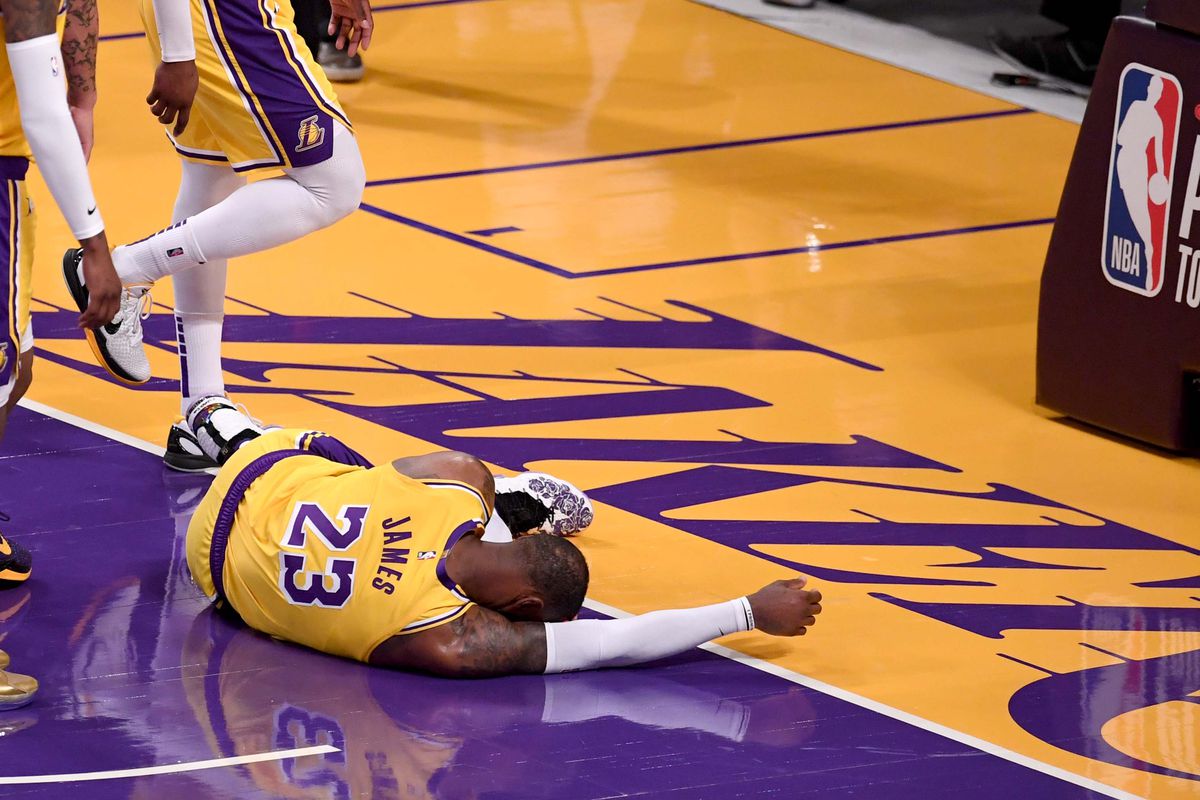 The conversation for the greatest of all time on the basketball court with never be one that is settled with any sort of objectivity. LeBron James and Michael Jordan are two of the greatest athletes in sports history and both have various claims to the spot as the best basketball player ever.

But when it comes to sleeping, LeBron may be the unquestioned GOAT, specifically after Sunday.

James had an uncharacteristically energetic performance given it being a mundane regular season game against a putrid Orlando Magic team. For the third time in the last four games, James scored 30 points while adding 11 rebounds and 10 assists on 12-of-20 shooting in an all-around dominant display as the Lakers won 106-94.

After the game, James was asked where the energy had come from given the Lakers had just returned from a road trip and James also traveled to Phoenix on Saturday to watch his son Bronny at the 2021 Hoophall West with Sierra Canyon.

“Sleep. Sleep and inspiration from my son and his team,” James said. “I got some pretty good sleep in OKC the night we got in and the day of the game. Yesterday, I was pretty tired (from) flying, things of that nature. But watching those guys and watching my son and his team play, I got some energy from that. Then, I got some more sleep today and was able to come in with some energy and put it out on the floor.”

James was pushed to ask what exactly a good night’s sleep consists of for an athlete like himself. And however many hours you think it is, it’s more.

Yes. That is pretty good, LeBron.

James having a sleep schedule of a high school teenager is not something I, or likely anyone, would have expected as being one of the secrets to his greatness. Sleep has been one of the aspects of sports science that have been discovered over past years and James has been at the forefront.

But 12 hours? Earnestly, when is the last time an average person had 12 hours of sleep.

Compare that to his GOAT rival in Jordan, who had to deal with stories of pulling all-nighters in casinos the night before games as revealed in The Last Dance documentary and you couldn’t find two more vastly different approaches to pregame routines. Your GOAT loses thousands of dollars to the house at the poker tables, our GOAT has the sleep schedule of a 15-year old on summer vacation after a night of Halo on X-Box.