LeBron James says he’s getting ‘healthier and healthier,’ and his body is catching up to his mind following abdominal injury recovery

LeBron James says he’s getting ‘healthier and healthier,’ and his body is catching up to his mind following abdominal injury recovery

After multiple stops and starts to begin the year, LeBron James is finally starting to round into form physically for the Lakers.

For LeBron James, Saturday’s contest against the Thunder marked the first time this season he had played four consecutive games for the purple and gold. A variety of causes have forced James to the sideline not just multiple times this season, but at times that have interrupted him from gaining any sort of rhythm for the Lakers this year.

With an ab strain and a stint in health and safety protocols behind him, James has begun to build both momentum and rhythm. It’s no coincidence that James has also begun producing some of his best results of the season as well. On Saturday, scored 33 points on 13-of-20 shooting from the field with six assists and five rebounds. Following that game, James talked about him rounding into form.

“For me personally, I’m just getting healthier and healthier every day,” James said. “Obviously, my injury played a big part in me getting out of game shape, but also the dynamics of how I move and how I play, it left me just kind of hampered at times. Not to be able to get to full stride and things of that nature… I’m able to see plays before they actually happen, but not actually be able to make them, but as I continue to get stronger and stronger and my injury continues to get closer and closer to 100% I’m able to do a lot of things that I’ve been doing over my career that benefits our team. I’m happy with how I’m feeling as of late.” 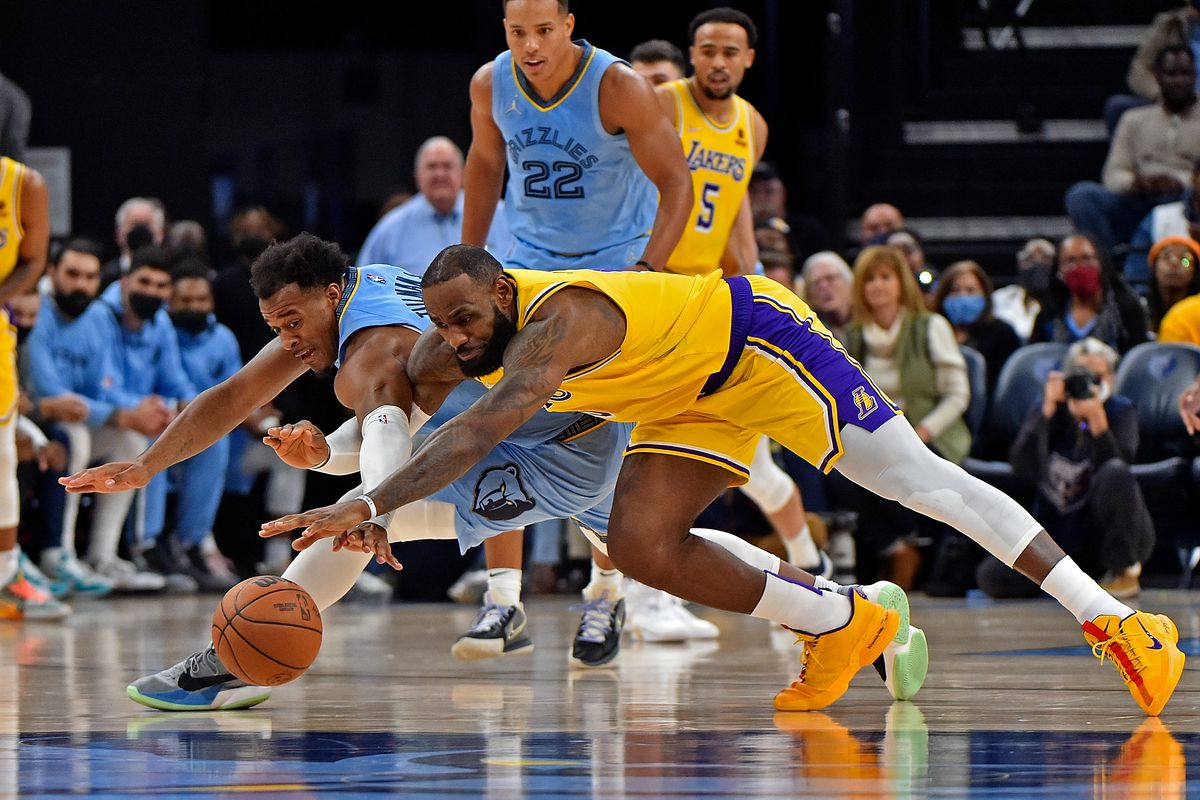 Even with the stops and starts, James has had a strong stretch of games statistically over his last seven contests. With one game missed for health and safety protocols in Sacramento in the middle of the span, James is averaging 29.7 points, 7.7 assists and 6.7 rebounds on 51% shooting in his last seven games.

While the team has done little more than alternating wins and losses in that span, it’s certainly encouraging to the long-term outlook of the team to have James not just getting back to near full strength but while also be performing at his current level in the process. It’s been a frustrating season for the Lakers but if James can get things kickstarted, it could be the spark the team needs to finally make a run.