The Los Angeles Lakers were unable to grab a win against the Boston Celtics on Friday night, getting blown out 130-108, even with the return of LeBron James after an eight-game absence. It was the latest disappointing loss for a Lakers squad that has struggled to look like a playoff team so far this season, much less a championship contender.

But given the rash of injuries that have plagued L.A. so far, with several key players in addition to James missing extended time, it’s not entirely surprising to see this team struggle out of the gates. Still, getting blown out by the Celtics, in addition to recent blowout losses to the Chicago Bulls and Minnesota Timberwolves shouldn’t happen for a team that has had Anthony Davis and Russell Westbrook in the lineup each game this season. There’s still plenty of basketball left to be played, and while James doesn’t think it’s time to panic, he does acknowledge that the Lakers need to be playing better basketball. 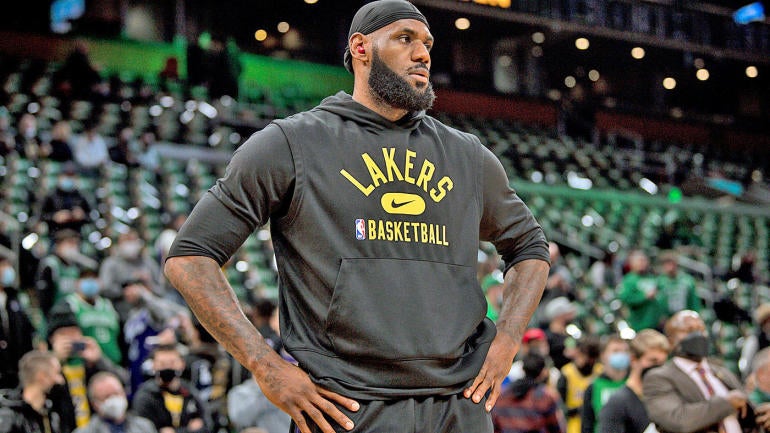 “It’s never, ‘We got 65 games left,'” James said after the Celtics loss. “We damn sure need to play better, no matter who is in the lineup. We have our system and we need to obviously fast-track it and get better with it so we can play, no matter who is out on the floor, we can play at a high level. …There’s no level of panic, but there should be some sense of urgency any time we take the floor.”

The Lakers just haven’t been playing quality basketball to start the season. They have the 24th-ranked offense and rank 18th on defense, as the All-Star talents of Westbrook and Davis have not equated to very many wins in James’ absence.

However, With James returning to the lineup, we might see that “sense of urgency” in the Lakers going forward, as they try to navigate an increasingly crowded Western Conference. They also have an opportunity to take advantage of a softer schedule for the next six games, where they could make up ground in the standings with matchups against the Detroit Pistons and Sacramento Kings twice each, and the Indiana Pacers. As James said, it isn’t time to hit the panic button yet for the Lakers, but this team certainly needs to be playing at a higher level before they dig themselves into a deeper hole that will be even more difficult to climb out of.