LeBron James’ son, Bronny, will come to New Orleans to play a high school basketball game against Newman on Jan. 7, at a location yet to be determined. ESPN2 will televise the game, set for an 8 p.m. start.

The ESPN High School Basketball Showcase is a series of 10 prep basketball games that include some of the top programs and players from around the country.

On the night of the game, LeBron’s team, the Los Angeles Lakers, has a home game against the Atlanta Hawks.

Newman football played two games on ESPN networks in recent seasons, one last season against Booker T. Washington and another this season against Berkeley Prep (Florida). 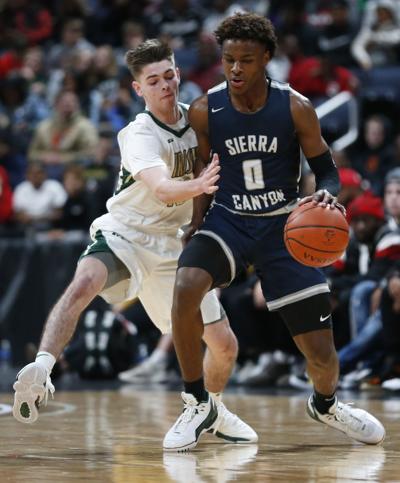 Two other Sierra Canyon games will be featured on ESPN networks this season. The first one is Dec. 4 against LeBron’s alma mater, St. Vincent St. Mary (Ohio). That game will be at Staples Center in Los Angeles. The other one is Jan. 29 against Camden (N.J.), to be played in Allentown, Pennsylvania.

The Newman basketball season began last week. Newman is 4-1 on the season, the only loss coming against Carver, which has Texas A&M signed forward Solomon Washington. Carver won 52-49.