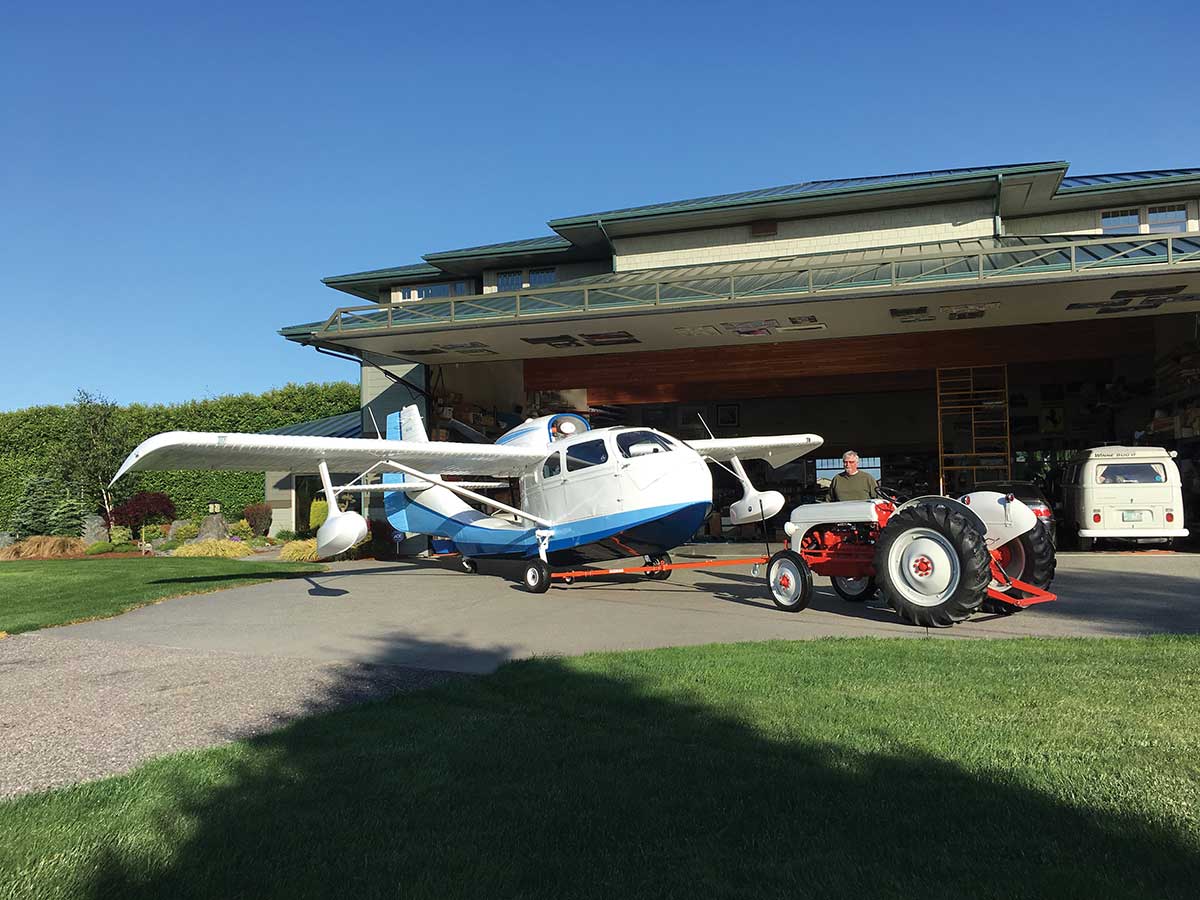 The 8N towing the 1946 Republic Seabee

I grew up in southern California when it was bean fields, before it all became Disney Land. As a 14-year-old, I worked as a gas boy for the local seaplane company that made daily flights to Catalina Island. I was around airplanes and tugs all the time. I’m sure some of them were Fords, but I was too young to know. This experience was the impetus to become a pilot.

I was a single-minded kid and was flying by age 17.

I did some time in the service, and in my late 20’s I moved to Texas and took a job as a pilot with American Airlines. I worked for American for 30 years, retiring in 2008 after being a captain on 727s and 737s.

View more: SpaceX drawing up plans for mobile gantry at launch pad 39A

I acquired the old Ford 8N to help around my properties. A friend in Texas had told me about a pastor in Oklahoma who was dying of cancer and had a Ford 8N to sell. I went to go see him. He just wanted to make sure the Ford went to someone who was going to take care of it. I purchased the tractor, a bunch of implements and a trailer and brought it all back to Texas. This was 1986.

I had a few pieces of property by then. One was a horse property and the box blade was good for the driveway and the fields. Another place had lots of trees and shrubs, so the brush hog was great for that. And when not used for hard work, it was a great tug for my 1946 Republic Seabee four seater airplane. The 8N has been with me for 35 years. It has been a solid worker the whole time asking very little of me. After retiring and selling my property in Texas, I moved to the northwest.

The 8N got a full restoration in the late 1990s and is now only used as a tug. I used the N-News to help with parts for the rebuild.

I still love flying and I love the way a seaplane could get me off the beaten track. I have taken the SeaBee to the Arctic Circle and all over the United States. The plane got re-powered with a Lycoming 340hp supercharged engine. The original engine was a Franklin 210hp.

Originally the plane had a 1000lb payload and a 400-mile range. I upgraded fuel cells and basic instruments. The plane also got a 3-bladed, pitched-controlled unit, disk brakes, new glass and reinforced flooring in the cargo section.

More About the Republic Aviation Corporation

The company struggled and failed to gain government contracts for fighter plane designs until 1939 when investors took over the company and renamed it Republic Aviation Corporation, which then went on to develop, on its own money, the XP-47B Thunderbolt.

This aircraft became the most produced U.S. fighter of WWII, going on in Air Force service until replaced by the new jets. The company then produced a line of fighters for the Air Force, culminating in the famous A-10 Thunderbolt II.

The only civilian product by Republic was the innovative SeaBee 4-place Amphibian introduced in 1946. The SeaBee was not a success. Only 1050 planes were produced from 1946-47. 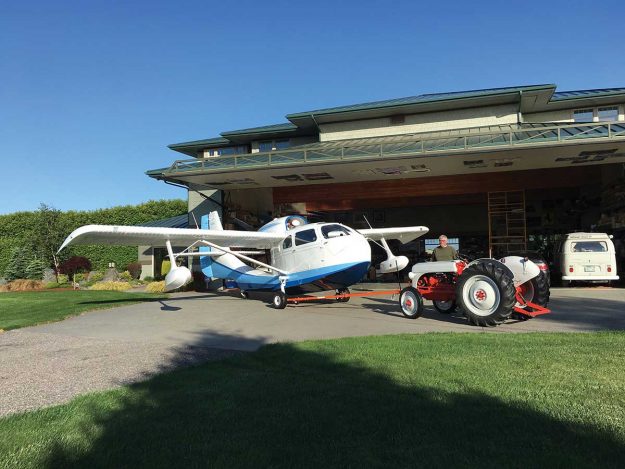