Growing up in Indonesia, Farwiza Farhan always loved the ocean. It’s why she decided to study marine biology. But the more she learned, the more she realized that it wasn’t enough to work in the ocean. She needed to protect it.

“I see the ocean ecosystem collapsing due to overfishing and climate change,” she says. “I felt powerless and didn’t know what to do [so] I decided to pursue my master’s in environmental management.”

This choice led her to work in environmental protection, and it was fate that brought her back home to the Leuser Ecosystem in Sumatra, Indonesia — one of the last places on earth where species such as tigers, orangutans, elephants and Sumatran rhinoceros still live in the wild today. It’s also home to over 300 species of birds, eight of which are endemic to the region.

“When I first flew over the Leuser Ecosystem, I saw an intact landscape, a contiguous block of lush, diverse vegetation stretched through hills and valleys. The Leuser is truly a majestic landscape — one of a kind.”

She fell in love. “I had my first orangutan encounter in the Leuser Ecosystem,” she remembers. “As the baby orangutan swung from the branches, seemingly playing and having fun, the mother was observing us. I was moved by the experience.” 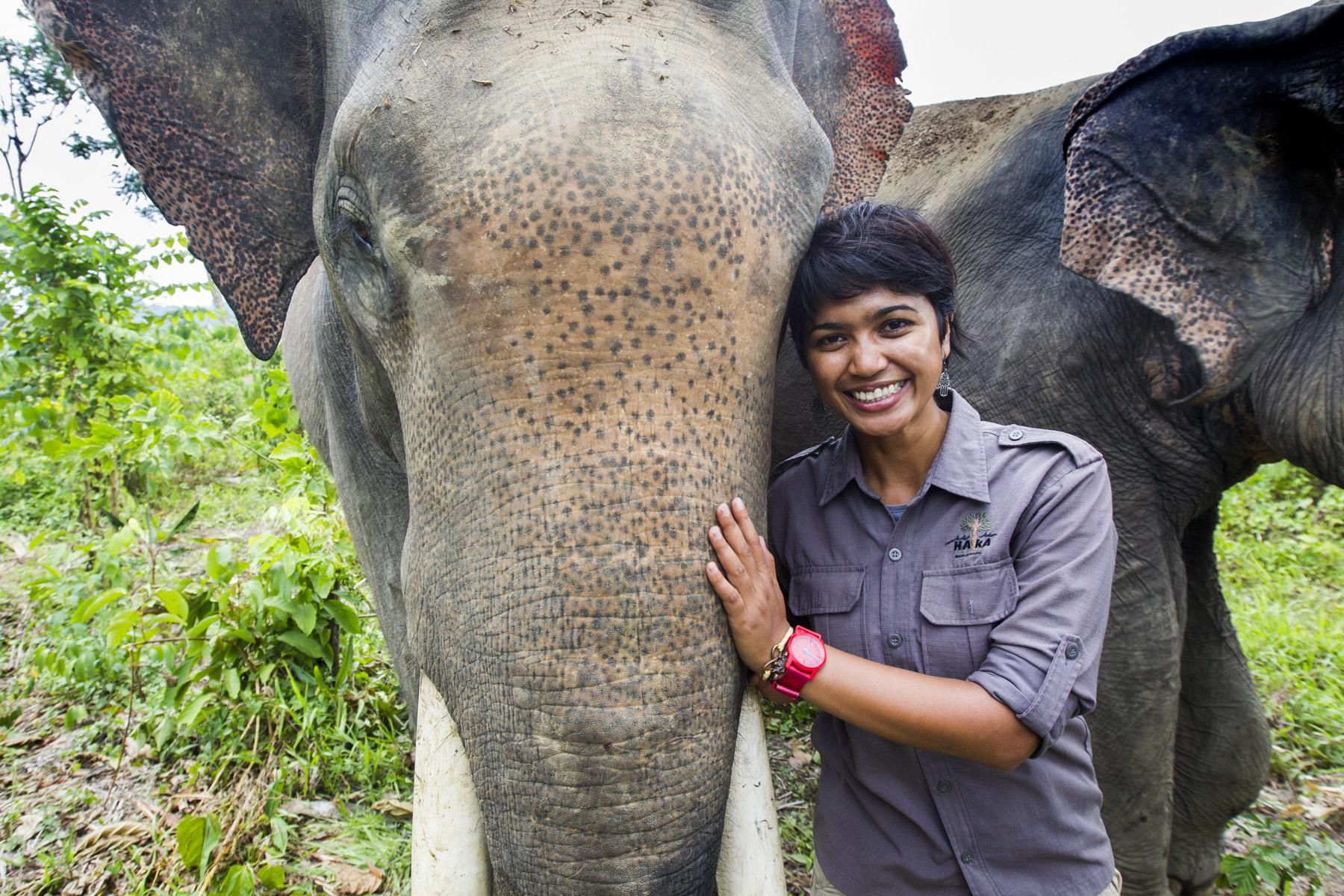 View more: How will US election fever impact on the dollar?

“Over the years,” she continues, “the encounters with wildlife, with people, and with the ecosystem itself compounded. My curiosity and interest towards nature have turned into a deep desire to protect this biodiversity.”

So, she began working for a government agency tasked to protect it. After the agency dismantled for political reasons in the country, Farhan decided to create the HAkA Foundation.

“The goals [of HAkA] are to protect, conserve and restore the Leuser Ecosystem while at the same time catalyzing and enabling just economic prosperity for the region,” she says.

“Wild areas and wild places are rare these days,” she continues. “We think gold and diamonds are rare and therefore valuable assets, but wild places and forests, like the Leuser Ecosystems, are the kind of natural assets that essentially provide us with life-sustaining services.”

“The rivers that flow through the forest of the Leuser Ecosystem are not too dissimilar to the blood that flows through our veins. It might sound extreme, but tell me — can anyone live without water?” So far, HAkA has done a lot of work to protect the region. The organization played a key role in strengthening laws that bring the palm oil companies that burn forests to justice. In fact, their involvement led to an unprecedented, first-of-its-kind court decision that fined one company close to $26 million.

In addition, HAkA helped thwart destructive infrastructure plans that would have damaged critical habitat for the Sumatran elephants and rhinos. They’re working to prevent mining destruction by helping communities develop alternative livelihoods that don’t damage the forests. They’ve also trained hundreds of police and government rangers to monitor deforestation, helping to establish the first women ranger teams in the region.

“We have supported multiple villages to create local regulation on river and land protection, effectively empowering communities to regain ownership over their environment.”

She is one of Tory Burch’s Empowered Women this year. The donation she receives as a nominee is being awarded to the Ecosystem Impact Foundation. The small local foundation is working to protect some of the last remaining habitats of the critically endangered leatherback turtle that lives on the west coast of Sumatra.

“The funds will help the organization keep their ranger employed so they can continue protecting the islands, endangered birds and sea turtle habitats,” she says.

To learn more about Tory Burch and Upworthy’s Empowered Women program visit daypg.com/empoweredwomen. Do you know an inspiring woman like Farwiza? Nominate her today!