News of the World Movie

News of the World Movie

Plot: What’s the story about?

Five years after the end of the Civil War, Captain Jefferson Kyle Kidd (Hanks), a veteran of three wars, now moves from town to town as a non-fiction storyteller, sharing the news of presidents and queens, glorious feuds, devastating catastrophes, and gripping adventures from the far reaches of the globe.

Poll: Will you see News of the World?

Who stars in News of the World: Cast List

“The Legend Of Ochi”

A look at the News of the World behind-the-scenes crew and production team. The film’s director Paul Greengrass last directed Jason Bourne and Captain Phillips. The film’s writer Luke Davies last wrote Angel of Mine and Beautiful Boy. 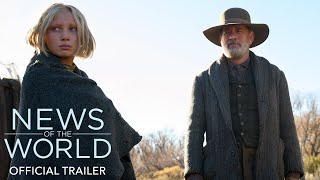 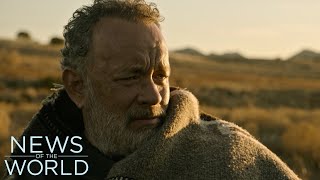 Clip: A Look Inside

Production: What we know about News of the World?

News of the World Release Date: When was the film released?

News of the World was released in 2020 on Friday, December 25, 2020 (Nationwide release). There were 7 other movies released on the same date, including Pinocchio, Wonder Woman 1984 and Promising Young Woman.

Q&A Asked about News of the World

Was it filmed in Australia?