Nic Claxton’s game-changing dunk over LeBron James is the most memorable play of his career. It — and the way he has played lately — could also be the confidence-builder he needs to move forward in it.

“That’s definitely No. 1. Definitely the most memorable moment of my career,” Claxton said before Monday’s game at the Clippers. “It was lit. It just happened.”

That poster-worthy alley-oop dunk from James Harden snapped both a 31-8 Lakers run, and a 115-all tie. It sparked a 7-0 Brooklyn run to close out the victory.

Claxton finished with nine points, six rebounds and a career-high five blocks. And in his last seven games coming into Monday’s, he’d posted a team-high 16.0 Net Rating and was second on the squad with a 121.0 Offensive Rating.

“It’s definitely good in growing confidence,” Claxton said. “The coaching staff trusting me to finish big games and my teammates trusting me to go out and make plays. James having that trust to even throw that pass like that, it says a lot about the way he feels about me.” 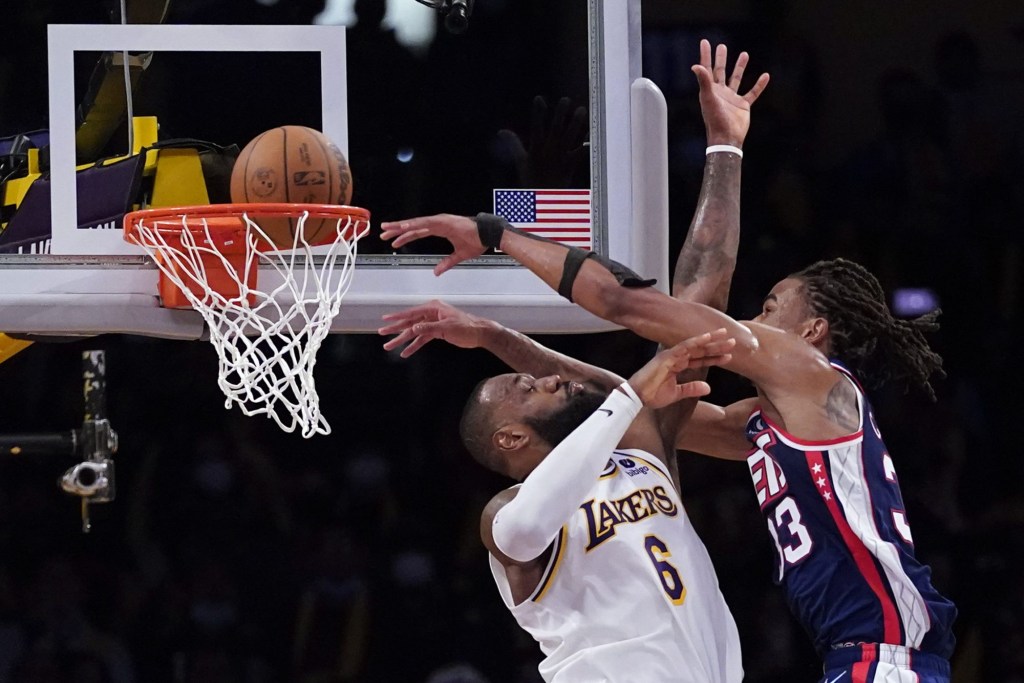 “I went out and made it happen, so my confidence is definitely growing. I’m looking forward to just continuing to do what I’m doing and the sky’s the limit.”

Steve Nash expressed hope that Kevin Durant would be out of health and safety protocol by the time the Nets get back to New York.

Brooklyn is slated to practice Wednesday and host the 76ers Thursday at Barclays Center. And Durant — who went into protocol on Dec. 18 — should be ready to work out then.

“I think there’s a good chance Kevin will be,” Nash said.

LaMarcus Aldridge still wasn’t out of protocols after going in on Dec. 14, but Nash said the veteran hasn’t had any complications from his cardiac issue, and reiterated he’d likely be ready to rejoin the Nets on Wednesday.

“He should be ready to rejoin the group when we get back,” Nash said.

After Brooklyn re-signed Langston Galloway to a second 10-day contract, it still has to make decisions on James Ennis III and Shaq Harrison on Tuesday, and then Wenyen Gabriel on Friday. Nash implied they’ll likely sign a couple and possibly all.

“We might not keep them all, but there’s a good chance we keep two or three I’d say, maybe all four just because we don’t know when guys are coming in and out or the remaining guys on our team that haven’t had COVID during this outbreak get it, do we want to make sure we have some continuity.”