Russell Westbrook was stunned to learn he’d been given a tech after LeBron, Isaiah Stewart melee

Russell Westbrook was stunned to learn he’d been given a tech after LeBron, Isaiah Stewart melee

What a night in the NBA, huh.

On Sunday, all hell broke loose in the Los Angeles Lakers versus Detroit Pistons game when LeBron James and Isaiah Stewart nearly came to blows after the latter took an elbow to the face. The dustup was James’ second ejection in the NBA and who knows what more fallout we’ll see from this altercation. 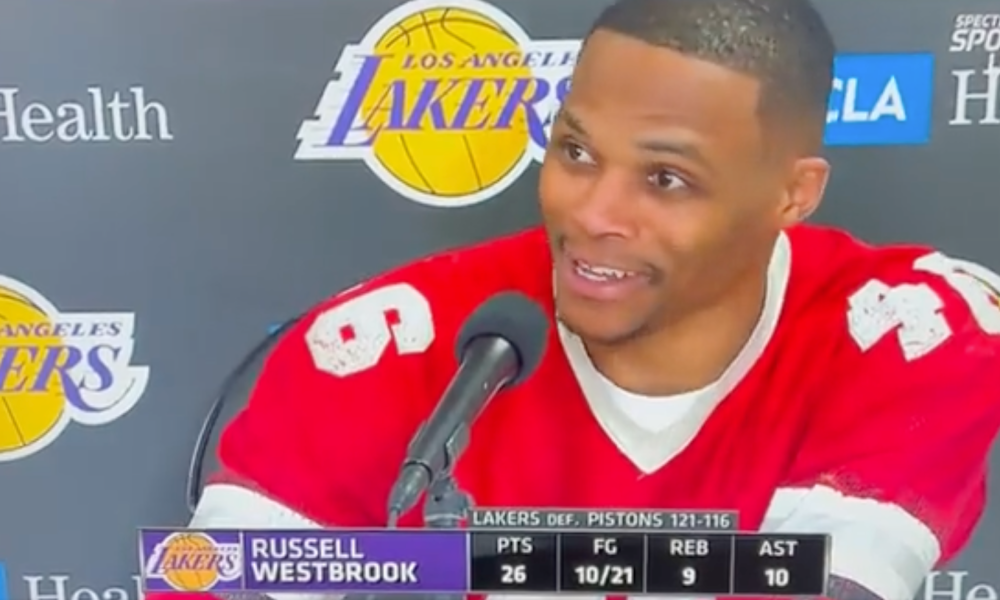 Russell Westbrook also made headlines during Sunday’s game for his absolutely ridiculous reaction to the incident. Things got even better for Westbrook after the game, where he learned from the media that he had been given a technical foul and was hilariously stunned by the reveal.

Here’s the exchange between Westbrook and the reporters:

Westbrook: Who got a tech?

Westbrook: I got a tech? Oh wow! Why’d I get a tech? I didn’t know I had a tech. Well, that’s interesting. Well, you know, just being Russell I guess. When you’re Russell Westbrook, you just try to do anything, apparently. I don’t know what I did but whatever. Gotta put it on somebody. I’m an easy person to put the [expletive] on, why not me?

In the postgame conference with referee Scott Foster, it was revealed that Westbrook picked up the technical foul for being “an escalator and not a peace maker”.

What a hilarious reason to pick up a tech!